27 JUNE 2019
BY JARNI BLAKKARLY
Australian anti-money laundering experts have warned the country is lagging behind global standards in the developed world when it comes to combating the flow of illicit money entering the housing market.

Money from international drug trafficking and other crimes is flowing into the Australian housing market and potentially distorting prices for everyday Australians looking to buy a house, they say.

While it is difficult to say how much dirty money is distorting the housing market, experts say the flows are “significant” and new laws and regulations are needed to combat the issue.

“Proceeds stemming from drug trafficking, from tax offences, the broad range of economic offences that can give rise to additional money in people’s pockets that may be flowing into the real estate sector. Indications are that that is a pretty significant sum,” he said.

In a 2015 report, the Australian Transaction Reports and Analysis Centre (AUSTRAC) estimated suspicious transactions from Chinese real estate investors in one year alone amounted to around $1 billion. 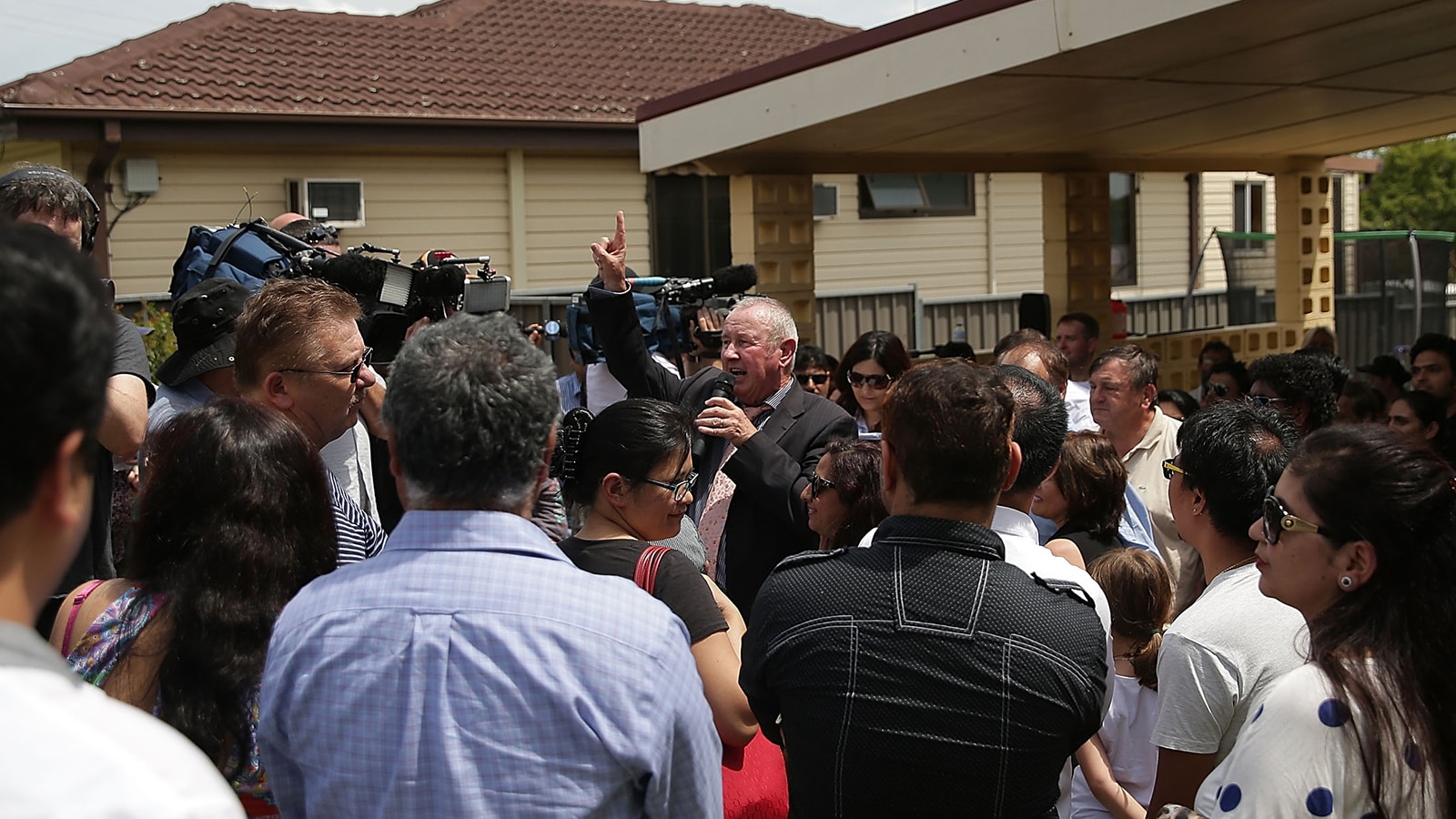 A home auction for a four-bedroom house in Blacktown, Sydney, in 2015.
Getty Images

Australia’s existing anti-money laundering and counter-terrorism financing laws were adopted in 2006, with the passing of the so-called ‘Tranche 1’ legislation. The laws forced the financial services sector to make mandatory reporting of suspicious transactions to AUSTRAC.

For example bankers and stockbrokers who notice suspiciously large transactions of money coming from international tax havens are required to report those to the regulator for investigation.

But ‘Tranche 2’ of the legislation, which would similarly compel real estate agents and lawyers to report suspicious transactions to AUSTRAC, has languished in the federal parliament. Neither successive Labor or Coalition governments have moved to enact the changes into law.

“It is certainly an issue that has been put in the too hard basket for too long. The time has arrived to take this seriously and address it,” Professor de Koker said. AFP gains properties worth $4.2 million from Chinese national over money-laundering

Greens Senator Peter Whish-Wilson told SBS News the changes were long overdue and that he would be moving a motion in the Senate to enact the laws when it resumed sitting next month.

“This is good policy and it is absolutely essential reform. It’s been noted in the international community that Australia’s laws don’t go far enough. There is an appetite in the Senate right now to get these laws through,” he said.

But after 13 years on the backburner, whether the laws progress forward will be up to the Coalition government and the Labor opposition. *Prior to the federal election, then-shadow treasurer Chris Bowen promised a Labor government would enact Tranche 2 of the anti-money laundering regulations, but the new shadow treasurer Jim Chalmers is remaining coy.

“The problem of money laundering hasn’t gone away,” Mr Chalmers said in a statement provided to SBS News. “We’ll take the time to review this policy and all of our policies in a careful and considered way.”

In a statement, the Department of Home Affairs said the government had been consulting on the next phase of reform.

*“The government is committed to continually improving our anti-money laundering and counter-terrorism financing laws and working with industry to ensure that Australia’s financial system is hardened against criminals and terrorists without placing undue burden on industry,” the spokesman said.

*He added that any changes would be subject to parliamentary schedule.

*While experts say the time has come to enact Tranche 2 of the legislation there has been some pushback from legal professionals and real estate agents who say they are concerned about red tape and associated risks. Property fell in all capitals in Q1: ABS

Adrian Kelly, the President of the Real Estate Institute of Australia said they had been working with governments on any changes and that “in essence, we don’t have a problem” with Tranche 2 of the legislation.

“But what we do need to remember is that most estate agencies across Australia are very small businesses … we need to be mindful of the costs and red tape which might come about from whatever changes government decides,” he said.

Senator Whish-Wilson said it was important to “get the balance right” but that concerns around red tape shouldn’t halt the progress of the new reforms.

“It’s the industries themselves that have to come up with their own process to get that balance of risk and reporting right. It does give the regulators extra power to access data, to monitor, to seize documents and prosecute,” he said. “It kind of ups the ante for everyone to do the right thing”.

“There is absolutely no reason Australia should be a laggard in cracking down on money laundering,” he added.

Do you know more about this story? Email jarni.blakkarly@sbs.com.au