After six years of the Coalition promising to cut red tape, Scott Morrison has used his first major speech since winning the election to promise to continue cutting red tape.

In a speech to the Chamber of Commerce and Industry of Western Australia, which acknowledged the “challenges and headwinds” facing the economy, Morrison said the government’s previous red tape-cutting initiatives had created savings of $5.8bn.

But now he wants to go further, shifting the onus to business and industry to identify the delays, using Donald Trump’s economic plan as the inspiration.

“This will be a renewed focus on regulatory reform but from a different angle,” Morrison said. 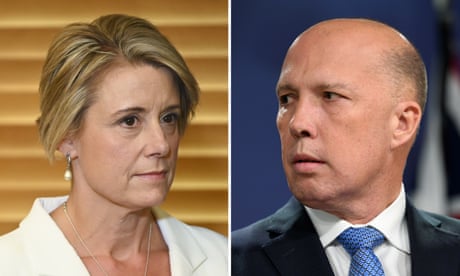 “Rather than setting targets for departments or government agencies, we’ll be asking the wider question from the perspective of a business looking, say, to open a mine, commercialise a new biomedical innovation, or even start a home-based family business.

“By focusing on regulation from the viewpoint of business, we will identify the regulations and bureaucratic processes that impose the largest costs on key sectors of the economy and the biggest hurdles to letting those investments flow,” he said.

“While reducing taxes has had a major impact in the United States, it was actually the Trump administration’s commitment to cutting red tape and transforming the regulatory mindset of the bureaucracy that delivered their first wave of improvement in their economy.”

Morrison said agencies such as the WA Environment Protection Authority had created uncertainty over emissions targets for the resources sector and were a barrier to investment.

That comes after reports WA is considering going alone with its own carbon price, in the face of the federal government’s insistence it will meet its Paris targets, despite the government’s own data showing emissions continuing to increase.

‘Red tape’ protects us. This dangerous love affair with deregulation must end

“Well, all I know is that when any target is set that is not responsible and there are not clear policies and mechanisms that achieves it, all it tends to do is crush business and investment confidence and cost jobs,” he said.

“So I think we should all be working together to create jobs, not cost them.

“And the government sets our overall emissions reduction targets. Ours have been consistent for many years now. What’s more important is we’re meeting them. Our 2020 targets, we will exceed by 369m tonnes of abatement and similarly we’ll meet our 2030 targets.

“So I think, you know, we all agree you need to take action on climate change and we’re taking responsible and effective action.”

*Australia’s emissions have risen every year for the past four years.