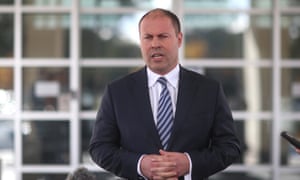 Thursday: Former environment minister canvassed whether he had power to secretly water down environmental protections.

The office of the former environment minister Josh Frydenberg canvassed whether he had the power to water down federal protections for critically endangered native grasslands and if it could be kept secret, following lobbying from a fellow minister, Angus Taylor.

Taylor and his brother have substantial rural interests on the Monaro plains, where the grasslands are prevalent. In 2017, a company, Jam Land, in which both Angus and his brother Richard have a shareholding, was investigated by Frydenberg’s department for spraying 30 hectares of native grassland at Delegate in south-east New South Wales.

On Wednesday the Guardian revealed that Taylor, then the minister for cities and digital transformation, sought meetings with departmental officials to discuss the 2016 listing that protects the grasslands as a critically endangered community. The approaches from Taylor were made via Frydenberg’s office in March 2017.

Email exchanges during March 2017 show Frydenberg’s office directed his department to meet Taylor. By April the matter had escalated and an adviser in Frydenberg’s office was asking senior officers about what could be done to amend the listing of the species that was the subject of the investigation, the natural temperate grassland of the south-eastern highlands.

The Guardian can now reveal that the minister’s office wanted to know the full extent of Frydenberg’s ministerial power and whether he could override scientific advice and remove the “critically endangered” listing.