-who can afford to spend $3,600 per month on the mortgage? Throw in one kid and a part time parent; it is financial suicide!

-another suggested FHBs take a Class Action out against the guvmnt … 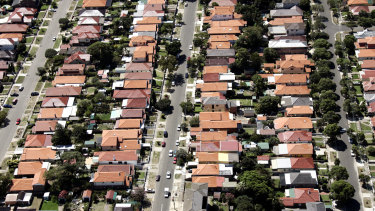 The SMHreports that the NSW Berejiklian government has forgone almost $850 million in revenue in two years to help first-home owners enter the crashing property market:

This reminds me of an infamous statement by NSW Planning Minister, Anthony Roberts, where he claimed purchasing a Sydney property was a one-way ticket to wealth:

Below are the juiciest quotes from the article, published in February 2017, which MB comprehensively destroyed:

“We are not dealing with a bubble in the Sydney market… There is no bubble here. There might be a slowing down of growth. But the way the population is moving, and the population trending, which is upwards, you will find house prices will continue to rise”.

“What I want to do is to get people into the market place and then they can be beneficiaries of the increase in the value of their property.”

At the time, Sydney’s dwelling values had hit an insane 9.1 times household incomes, according to CoreLogic, up from 6.7 in 2012:

Shortly afterwards making these comments, the NSW Government implemented the above mentioned stamp duty exemptions for first home buyers (FHB) from 1 July 2017, which led to a surge in demand:

Since the NSW Government introduced its FHB bribe, this is what has happened to Sydney dwelling values:

That’s right, Sydney’s dwelling values have plummeted by around 15%, according to CoreLogic!

This means that many of the FHBs enticed into Sydney’s bubble are now facing negative equity.

The reason is obvious: the boost in FHB demand has been far outweighed by the slump in investor demand and non-FHB owner-occupiers: 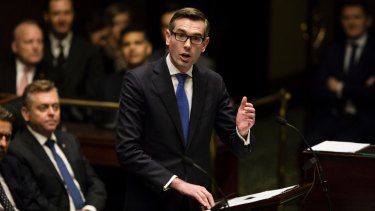