PLEASE number all the boxes either above or below the line!

WHAT a Mess to clean up!

More Scummo corruption, via The Guardian:

Scott Morrison has sidestepped a question about whether he sought assurances from Clive Palmer that Queensland Nickel workers will be paid the $7m they are owed at the time the Liberal party entered a preference deal with the controversial businessman’s United Australia party. 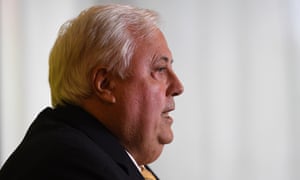 Morrison’s deflection on the hustings in Perth came as Palmer resumed his criticisms of the ALP, suggesting Labor was saying one thing but doing another on preferences. In a prepared statement read out to journalists on Monday, Palmer referenced a series of conversations he claims he had with Labor figures about UAP preferences, and declared Bill Shorten’s “repeated lies about preferences confirm my judgment that he’s not morally fit to be prime minister of Australia”.

Campaigning ahead of Monday night’s first leader’s debate, Morrison was asked whether he sought assurances that Queensland Nickel workers would be paid not just the remaining $7m but also the $70m picked up by taxpayers before striking the recent preference deal with Palmer and the UAP.

Deputy Prime Minister Michael McCormack says a preference “deal” between the Nationals and Pauline Hanson’s One Nation “just makes sense” because the parties’ policies closely align and it will help the Coalition win the election. 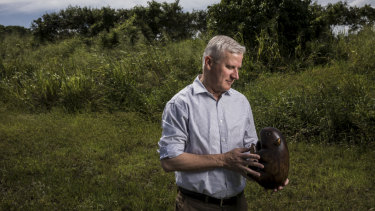 Barnaby Joyce once said that he sacked the head of the agriculture department Paul Grimes “to remind him where the authority starts from” and boasted he “got a lot more sense” out of bureaucrats after the firing.

The revelation was contained in a report by The Project on Monday evening, in which Joyce repeated that he did not know the directors of Eastern Australia Agriculture despite acknowledging he may have done accountancy work for the previous owner of two properties at the centre of controversial $80m water buybacks. 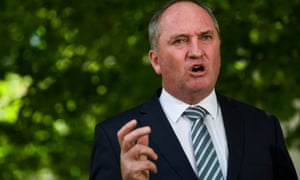 The then prime minister Tony Abbott sacked Grimes in March 2015 due to a lack of trust, in part due to Grimes’ concerns about a saga involving changes in Hansard to an incorrect answer given by Joyce, the former agriculture and water minister. 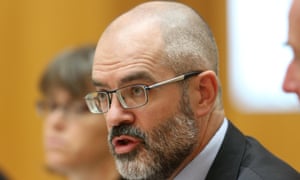 This all on top of:

CAAN:  Which lobbyist organisation was behind this?