O’CONNOR: On permanent migration, Hamish, we have tended to have a bipartisan position. … 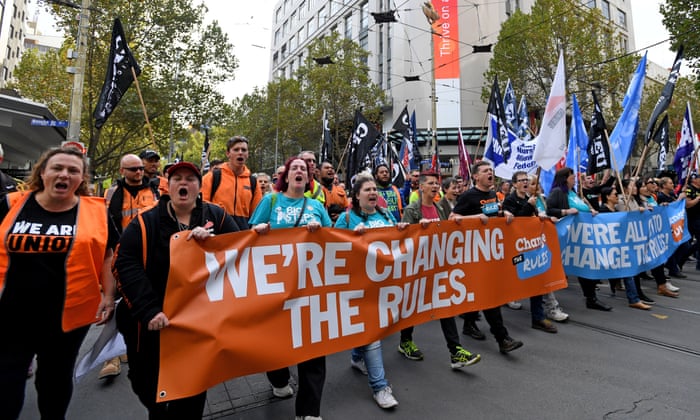 As revealed in the above BBC News video and the below article from The Guardian, UK companies are experiencing a labour ‘supply shock’ from lower immigration, which has forced them to lift wages:

Growing skills shortages in the UK jobs market are starting to drive up wages, according to a survey, as more companies across the country report difficulties finding staff…

The research compiled by the Chartered Institute of Personnel and Development and the recruitment group Adecco showed that basic pay expectations had increased to the highest level since it began tracking wage agreements in 2012.

Almost three quarters of the 1,254 employers surveyed said they were finding it tough to fill vacancies in the first quarter of 2019, with manufacturing companies having the greatest difficulty.

Despite growing concerns about the potential fallout for the British economy from no-deal Brexit, unemployment has hit the lowest rate since the mid 1970s, while record numbers of people are in work. Figures from the Office for National Statistics show that pay growth across the country has risen to the highest level in a decade, as companies raise pay to attract workers.

The latest official data show that the number of unemployed people per job vacancy has dropped to 1.6, down from 5.8 in 2011.

Growing numbers of companies have expressed concern about the post-Brexit immigration system curtailing the number of migrant workers available to hire. Net migration from the rest of EU to the UK has slumped to a six-year low, exacerbating the difficulties facing companies looking to hire staff.

Two-thirds of private sector firms in the CIPD/Adecco survey had increased their starting salaries in response to recruitment challenges, up from 56% in the final three months of last year.

Wage growth the strongest in a decade. What’s not to like?

Of course, an empirical study by the Bank of England found that immigration into the UK had pulled average wages down. So obviously slowing immigration would help to boost wages.

The economics is the same in Australia.

Various Productivity Commission modelling has shown that immigration lowers the wages of incumbent workers (see here). These results were confirmed recently by modelling from Victoria University (see here), as well as modelling for NSW.

Even the RBA recently admitted that “that the flow of new workers into the labour force [primarily from mass immigration] could continue to be stronger than usual, so that unemployment declines more slowly than we expect and wage pressures could take longer to emerge”.

The economics is simple: continually increasing labour supply via immigration, and enabling employers to recruit workers from a global pool and to forgo training, necessarily reduces workers’ bargaining power and ergo wages growth.

Again I ask: why isn’t Australia’s union movement and the Left up in arms at Australia’s mass immigration ‘Big Australia’ policy, which is not only eroding workers’ conditions and pay, but also pushing-up their cost of living and lowering their amenity?

Why are they playing into the hands of the ‘growth lobby’, which are capturing the gains that come from bigger markets and paying lower wages, while ordinary residents wear the costs?