At which time Australia had been promising to introduce comprehensive “tranche 2” laws since 2006 … but instead the Department of Home Affairs confirmed that Australia would instead pass “phase 1.5” laws as a transitional step …

Why? How convenient for the Real Estate Gatekeepers and their Cohort …

It then confirmed the laws would not include the long-awaited coverage of lawyers, accountants and real estate agents.

Real estate agents, lawyers and accountants have won a reprieve from tough new anti-money laundering measures with the federal government delaying a planned crackdown on the professions.

*The government had aimed to pass laws to cover these sectors before the end of this year, following a highly critical report from the international Financial Action Task Force (FATF) which warned three years ago that Australia’s real estate sector was at significant risk for money laundering.

*Australia has been promising to introduce comprehensive “tranche 2” laws, with the support of both major political parties, since 2006 – but the Department of Home Affairs confirmed that Australia will instead pass “phase 1.5” laws as a transitional step. 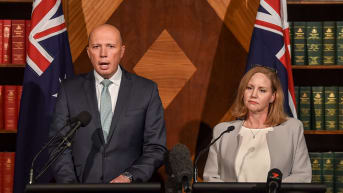 Home Affairs Minister Peter Dutton and Nicole Rose, AUSTRAC CEO, announcing they had reached a settlement with the CBA of $700 million in a money-laundering case in June. Justin McManus

The laws will clarify aspects of Australia’s money laundering offences which caused problems during the regulator’s recent cases against Tabcorp and the Commonwealth Bank.

“The government is currently preparing a bill to amend the Anti‑Money Laundering and Counter‑Terrorism Financing Act 2006 (AML/CTF Act),” a spokesperson from the Department of Home Affairs said. “Timing for introduction is subject to the parliamentary schedule.”

The new legislation is expected to include changes to the “tipping-off” rules and other secrecy provisions to allow more sharing of information between the government and private sector, including with foreign partners.

The bill will also simplify reporting requirements for cross-border movements of cash or bearer negotiable instruments.

*But the government confirmed the laws will not include the long-awaited coverage of lawyers, accountants and real estate agents.

“The government is considering options to extend AML/CTF regulation to ‘tranche 2’ entities such as lawyers, accountants, and real estate agents,” the spokesperson said. 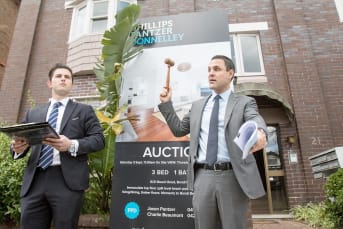 *The OECD Working Group on Bribery in International Business Transactions again warned late last year that Australia needed to take urgent steps to address the hole in our financial system, after New Zealand moved to cover the sectors.

The UK, Canada, Singapore, Hong Kong, Malaysia are among others to also introduce laws to cover the sectors.

**Anti-money laundering experts have warned that failing to crack down on the illicit flow of funds, including “hot money” from China, has added significantly to Australia’s housing affordability problem.

“New Zealand took evasive action last year to close down these loopholes. They’ve now regulated lawyers and accountants. Real estate agents will come on board by the end of the year. They went from lagging well behind Australia to leading the way,” he said.

“The unregulated nature of Australian real estate has made it extremely attractive to park criminal funds.”