A 12 YEAR DELAY FOR REFORMS!

“Malaysia, Singapore Hong Kong and New Zealand have all taken action. This makes Australia a highly attractive destination for the proceeds of crime,” financial crime analyst at Thomson Reuters, Nathan Lynch said. “Most Aussies, especially FIRST HOME BUYERS, would be furious to learn that they’re competing for houses with people who are trying to wash the proceeds of illicit drug sales, fraud or corruption.”

WHY did the LNP fail to act?  Such reluctance … is it the company they keep?

It’s on the Public Record that in our midst through the PROXY, Alliances and Syndicates … people without genuine financial circumstance are owners of multiple properties …

WHY is this so?

HOW can this happen?

WHY is it with the purchase of real estate there should be some difference compared to buying or selling a vehicle, why is it different?

Why is it difficult to apply laws to the purchase of real estate?

Why is that compromising a lawyer?  Why should real estate be any different to any other matter?

If there are laws governing real estate so be it.  It should not make any difference to a lawyer. If lawyers have a matter before them that involves a crime they have two choices:

-do it for their client knowing their risk

Shadow treasurer Chris Bowen is promising to make cross-border financial crime a pillar of Labor’s election campaign in wake of the Hayne royal commission, including pledging to reverse cuts to the Australian Federal Police and Australian Securities and Investments Commission.

Treasurer Josh Frydenberg is also flagging additional funding in the April 2 budget for the financial regulators including ASIC, and it is understood will commit additional money and staff for the Australian Transaction Reports and Analysis Centre. 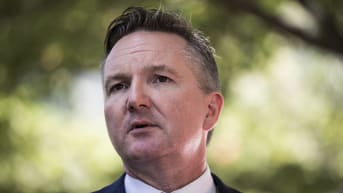 Labor’s pledge comes amid concerns over private-sector “bounty hunters” acting for China to recoup the proceeds of financial crime and corruption funnelled into Australia’s property market.

The Morrison government promised to pass new anti-money laundering laws last year but they are yet to pass Parliament, granting lawyers, accountants and estate agents a reprieve. Mr Bowen is promising to go further, although the industry is already signalling a fight.

“The Liberals aren’t interested in prosecuting serious financial crime,” he said. “They cut funding to ASIC, they planned to cut funding to the Serious Financial Crime Taskforce and they ripped hundreds of millions of dollars out of the Australian Federal Police, who work with our partners abroad to disrupt transnational organised crime,” the shadow treasurer said.

President of the Real Estate Institute of Australia Adrian Kelly said that others should also bear the regulatory burden.

“We are working with government on an approach that minimises the impact on agents because much of the information can be sought from others involved in the transaction process, including the banks and their conveying process,” he said. 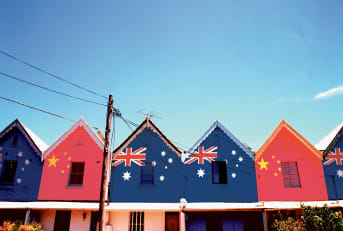 Experts say tens of billions of dollars would have been moved from China to Australia by Chinese kleptocrats, as corrupt officials attempt to park their funds in a safe jurisdiction. Louise Kennerley

President of the Law Council of Australia Arthur Moses, SC, said their profession was already extensively regulated by the states and territories under a comprehensive and robust regulatory system.

“The Law Council is concerned that imposing the full AML/CTF regulatory regime may create conflicts with the lawyer’s duty of confidentiality and the principle of client professional privilege, as well as increasing the cost of legal services to the community,” he said.

But financial crime experts said the reforms had been delayed for more than 12 years, leaving Australia lagging the Asia-Pacific region.

“Malaysia, Singapore Hong Kong and New Zealand have all taken action. This makes Australia a highly attractive destination for the proceeds of crime,” financial crime analyst at Thomson Reuters, Nathan Lynch said. “Most Aussies, especially first homebuyers, would be furious to learn that they’re competing for houses with people who are trying to wash the proceeds of illicit drug sales, fraud or corruption.” 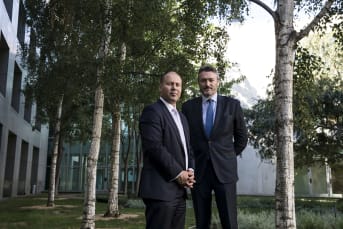 Investigative reports on China’s so-called “Project Dragon” on last week on ABC’s Four Corners detailed how Australia’s failure to crack down on laundering through real estate and financial gatekeepers had attracted a wave of illegal capital to our shores.

“We believe the best way to deal with transnational crime is through official cooperation, including arrangements that already exist between Australia and China,” Mr Bowen said in response to the reports of “bounty hunters” in Australia acting for China.

Neil Jeans, a financial crime expert in Melbourne, said tens of billions of dollars would have been moved from China to Australia by Chinese kleptocrats, as corrupt officials attempted to park their funds in a safe jurisdiction.

“The Financial Action Task Force are coming back in October or November to assess Australia’s progress, if we aren’t seen to be doing the right think it could impact our international standing and the financial sector’s ability to transact internationally.”