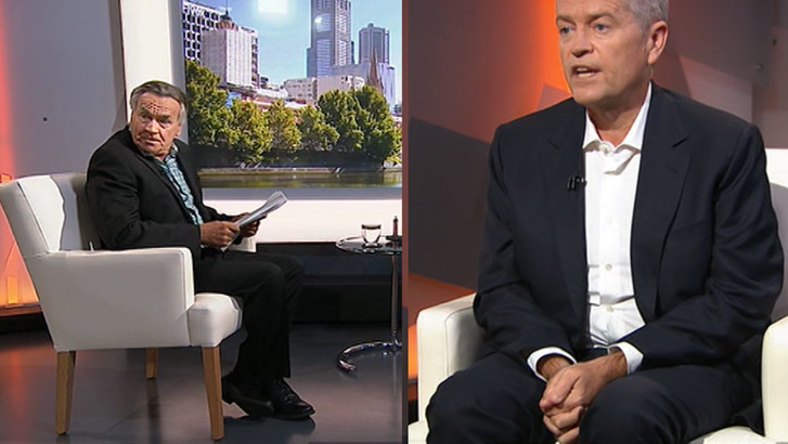 Several fire trucks rush to attend a fire in an apartment across the road from Southern Cross Station.

The Spencer Street apartment building that had vicious, fast-moving flames ravage its middle floors on Monday morning had the same sort of cladding as used on London’s ill-fated Grenfell Tower.

The fire raced up seven floors of the 41-storey Neo200 apartment block opposite busy Southern Cross Station in Melbourne’s CBD before firefighters were able to bring it under control from inside the building.

About 150 residents were evacuated from the apartment tower, huddling together outside as they were grouped by floor numbers just after 6am. They have been told it is unsafe to go back inside the building.

About 60 firefighters battled the fast-growing flames as they raced up the seven levels, starting on the the 22nd floor just after 5am and reaching the 29th floor before the blaze was extinguished.

The Spencer Street building is clad in the same materials involved in the Grenfell Tower fire, which killed 72 people in London in 2017.

“It is my understanding that the building is cladded with aluminium composite materials, the sort of cladding that was on the Grenfell Tower,” Metropolitan Fire Brigade chief officer Dan Stephens said.

“There is evidence of external fire spread. Our fire investigation team will determine how that fire spread,” he said.

Early investigations indicate it started on a balcony on the 22nd floor.

Asked how dangerous the ACM cladding is, Mr Stephens said: “I probably don’t need to answer that, we saw what happened [in Grenfell] in London, back in 2017.”

Fifteen fire trucks responded to a call about the fire just before 5am. There was no hope of reaching the blaze from outside the building – firefighters had to climb the stairs and extinguished the fire from the inside.

There have been no serious injuries reported, however, one man in his 20s was treated for smoke inhalation and taken to Royal Melbourne Hospital in a stable condition.

Pieces of the building could be seen falling from the building on the corner of Spencer and Little Bourke streets.

Residents say it’s the second fire in the building in recent years.

Mr Stephens said the building had been identified as having cladding by the multi-agency taskforce investigating buildings in Melbourne. However, he added that there was no indication at this stage that it was cladding which had caught fire in Monday morning’s blaze.

”There’s no suggestion that it is,” he said. Testing will have to be done on the cladding to ascertain if it was complaint or non-complaint.

Monday morning’s apartment fire was at the Neo200 building on Spencer Street. The building is 41 storeys high and includes 371 residential apartments.

The Victorian Building Authority was aware that the building at 200 Spencer Street was fitted with “non-compliant cladding material” and it was referred to the Municipal Building Surveyor.

Following an audit in 2016, the MBS determined the building was “safe for occupation and no further action was required”.

The same builder was involved in the Lacrosse building, which was devastated by fire in 2014.

The fire at the Lacrosse tower in 2014 sent shockwaves through the nation’s construction industry, sparking major concerns over aluminium cladding used over four decades on thousands of Australian buildings.

Owners of buildings across the state were ordered to remove dangerous cladding, creating a legal nightmare for many residents involved.

‘We saw the flames billowing from our apartment’: Residents share their stories

Mr Rumble couldn’t sleep and had gotten up early to make tea when he heard the sirens from the trucks. He roused his girlfriend and they left immediately.

“We didn’t hear an alarm until we were halfway down the stairs,” he said. “Before that it was silence. Now I’m thinking what if I hadn’t been up early. We could smell it as well … we saw the flames billowing from our apartment.”

Mr Stephens also said there may have been an issue with one of the alarms within the building. He said the MFB would investigate whether any suspicious circusmtances were involved.

George Fittje was staying in an Airbnb in the Spencer Street apartment building when he and a friend were evacuated before 6am. He said his friend went out onto the balcony, looked down and saw the flames.

“It was on the side in the building,” he said. “Everyone was in the stairwell. It looked like it started on the 16th floor and went to about the 23rd. No idea what caused it.”

Hairdresser Lucy had lived in the apartment block for seven months. Her partner works early and called her at 5.50am to ask if she was safe.

She said she was worried that she hadn’t heard the alarm until she was already leaving. “I didn’t hear [the alarm] at all,” she said.

Residents have said the last fire at the building, which was early last year, was due to someone leaving a towel on an air conditioning unit.

Spencer Street is closed in both directions between Bourke and Little Bourke streets.

Meanwhile, there are about 130 people at at the Melbourne Town Hall a number still in their pyjamas.

Robyn Grace is a journalist at The Age.

Liam is The Age and Sydney Morning Herald’s science reporter