The Huawei executive at the centre of an international sanctions-busting and trade secrets theft scandal established and oversaw the firm’s Australian operation while she was allegedly engaged in a global criminal conspiracy.

Meng Wanzhou was a director of Huawei’s Australian subsidiary between October 2005 and August 2011, according to corporate records.

The US Department of Justice alleged on Tuesday that from November 2007 to May 2015, Ms Meng was engaged in a criminal conspiracy aimed at defeating trade sanctions to enable Huawei to covertly operate a business in Iran.

The indictment, released by the department on Tuesday morning, comes after the US and Australian governments have spent years warning other nations about the security risks posed by Huawei’s ties to the Chinese Communist Party.

The outlining of the formal charges against Ms Meng is the latest in a dramatic escalation of hostilities between China and the West after her arrest in December in Canada. Since then, tensions have risen in the on-going trade war between the US and China, and Australian-Chinese writer Yang Hengjun and two Canadians have been detained by Chinese authorities.

There is no suggestion in the Department of Justice’s case against Ms Meng that she was involved in any criminal activity in Australia.

But while she worked as a director in Australia, Ms Meng is alleged to have been a central player in a conspiracy to defraud international banks and US officials about Huawei’s Iran operations.

Ms Meng was allegedly engaged in this criminal activity for four of the years she was an Australian Huawei director. As a director, she was responsible for Huawei’s corporate governance and strategy, as well as overseeing its early efforts to take part in Australia’s NBN roll-out.

The Gillard Labor government banned Huawei from the NBN in late 2011, citing national security concerns. The ban was later upheld by the Turnbull coalition government.

Huawei was founded by Ms Meng’s father, former Chinese army engineer turned industrialist Ren Zhengfei, and has become one of the biggest telecommunications companies in the world.

Central to Huawei’s Australian operations is its message to politicians, the business community and the media that it can be trusted to withstand potential pressure from the Chinese government to snoop on or sabotage data and phone networks.

Ms Meng stood down from the Australian board shortly after the trio’s appointment. Huawei has also paid for trips to China for Labor and coalition politicians and hired ex-political staffers as advisers.

Mr Downer resigned from the board in 2014 when he became Australia’s UK High Commissioner.

Since the Australian trio’s appointment as directors in 2011, western intelligence agencies and governments have consistently raised security concerns about Huawei.

Concerns raised since 2010 by Australia’s security agencies culminated in the recent banning of Huawei from Australia’s 5G rollout.

Mr Brumby, Mr Lord and Mr Downer have all claimed there has been no hard evidence to sustain the concerns. On Tuesday, The Age sought comments from Mr Brumby and Mr Lord about the US indictment, but neither responded to interview requests.

In addition to the Iran sanctions charges, Huawei has been indicted for stealing trade secrets from rival T-Mobile.

Earlier this month, Polish officials charged a Huawei manager and a former Polish intelligence agency official with spying for Beijing.

HSBC and several other major banks have moved to cut business ties with Huawei, citing due diligence concerns.

In a statement, Huawei said it was “disappointed to learn of the [US] charges.”

“The Company denies that it or its subsidiary or affiliate have committed any of the asserted violations of U.S. law set forth in each of the indictments, is not aware of any wrongdoing by Ms. Meng, and believes the U.S. courts will ultimately reach the same conclusion,” the statement said.

Mr Brumby and Mr Lord and, until he left, Mr Downer, have been well paid as Huawei directors. It’s understood the firm pays some local directors up to $250,000 a year, although the company declined to confirm this.

Mr Brumby is a prominent advocate for Chinese-Australian business ties and sceptic of claims Beijing uses Chinese companies to covertly advance its interests or engage in foreign interference.

A source at the meeting said that Mr Maude explained that the Australian government’s private assessments were at odds with the former premier’s views: “If you read what I read, you wouldn’t be saying that,” the sources said Mr Maude told Mr Brumby.

Outgoing federal Labor MP Michael Danby, a noted hawk on China, and former Victorian Labor parliamentary speaker Ken Coghill said the US charges should prompt the local directors of Huawei to reflect on their own ties to Huawei.

“I would say about all the directors that they have got ethical issues that face them given many of the international actions and reactions of governments around the world regarding Huawei,” Mr Danby said. 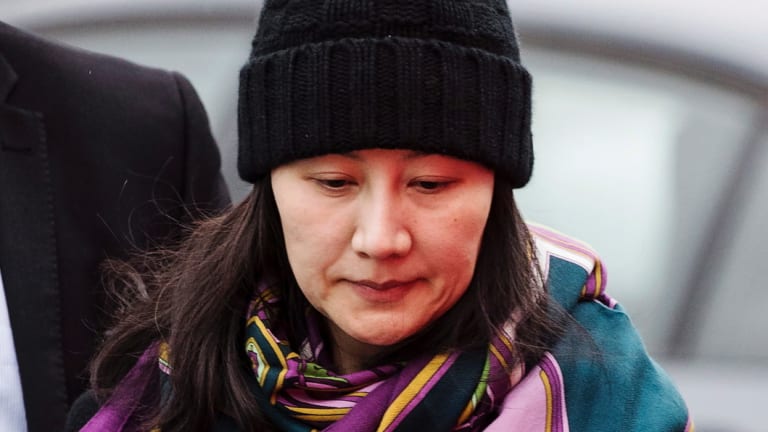 Richard Baker is a multi-award winning investigative reporter for The Age.