CJ must be worried to write a piece like this … it would seem he is no longer holding court with the Pollies?

The NSW Planning Department has recently issued an Exhibition Draft of its Community Participation Plan which is likely to become a template for councils across NSW.

The plan sets out three key reasons for having a community participation plan. The first is that it builds community confidence in the planning system. The second is that it sets direction on the need to manage growth and change while preserving local character.

The third is that it provides access to community ideas and knowledge. My concern is with the second reason which focuses on preserving local character while somehow managing growth and change.

Most communities will see this as encouraging them to say no to new development as it will change the local character.

I sat through a long council meeting at Ryde recently where speaker after speaker from the community said they wanted no development in Macquarie Park as it would change the local character.

This is despite Macquarie Park being a Priority Precinct nominated by the NSW government as a place they want development. The NSW Planning Department seems to be confusing communities when it tells them that planning is about preserving local character.

CAAN Photo:  Chinese Real Estate developer Greenland Lachlan’s Line with 2700 dwellings has had a massive impact on the village of North Ryde and beyond.  It is but one example of community objection to Shanghai overdevelopment.

CAAN Photo:  Herring Road Precinct, Macquarie Park, corner Epping Road and Herring Road;  like overdevelopment is proceeding along Herring Road on both sides.  WHO is it all for?  The NSW LNP Government thrust this upon the LGA.

CAAN Photo:  Top Ryde and what can be described as gaudy out of character of the leafy suburb of Ryde below it!  The NSW LNP have annihilated Sydney at the behest of the Developer Lobby.

Surely it would be better to talk about creating a new local character. In many parts of Sydney change will be dramatic particularly where apartment towers are built around a new metro rail station.

CAAN Photo:  Example of the Fugly Fortresses invading our suburbs with their “new character” …

Photo:  Home in the Heritage Conservation Area in Hurstville … this is an example of the “local character” many people cherish.  However this estate now has a fugly high-rise development towering over it.

Chatswood, for instance, was once two to three storey buildings. Imagine preserving that local character when planning proposals for 40-storey towers are submitted. Sydney’s George Street as outlined in the famous Joseph Fowles’ 1848 drawings of the two-storey buildings along the whole of George Street.

With Sydney planned to grow from our current 5 million people to 8 million in the next 40 years clearly there will be a dramatic change to the character of much of Sydney.

CAAN Photo: Wentworth Point viewed from Melrose Park.  It is ugly;  that is the “new character”.  The primary school only opened in 2018 ….

The planning system must encourage this growth and get communities involved in the best way to develop the new character of specific growth areas.

The Department of Planning is embarking on a dangerous path if it encourages communities to only preserve the local character of their surroundings. This is a message that is against change.

It is this anti-change attitude that is growing across Sydney fuelled by politicians in the lead-up to the state election next March. We need to rewrite the reasons for community participation to be about shaping the future local character rather than preserving the existing character.

Chris Johnson is the chief executive of Urban Taskforce Australia. 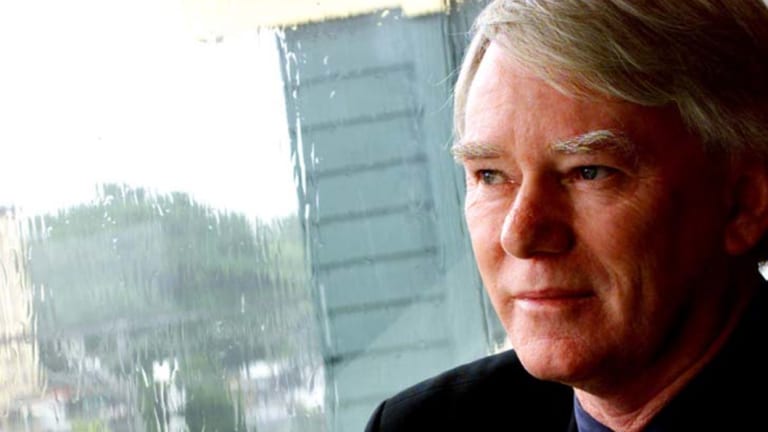