THIS is a great comprehensive article on NSW State Government inaction on reform.

Michael Lambert, the former secretary of NSW Treasury, was commissioned by the government to look into the failings of building regulation in NSW, after a fire in a building in Bankstown in 2012 revealed shocking breaches of the Building Code!

-but the rest of his nearly 150 recommendations have languished

-Lambert recommended a major overhaul for certifiers; to boost their independence from developers

-developers, who do not require any qualifications, have piled into the industry

WHY do the bureaucrats not want change and ministers do not seem motivated to push change?  Cough … cough …

More importantly there is a form at the end where people can report issues they have experienced to the GUARDIAN!  This can be accessed also through the Source link below!

Gobsmacking that the Guardian is doing the Government’s job.

What happens for previous buyers where the Government cost shifted problems to purchasers – take your chequebook to see a solicitor?

Former Treasury secretary, who reviewed regulations in 2015, says Opal Tower is likely ‘tip of the iceberg’ 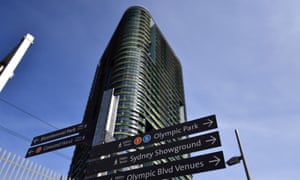 The cracks that appeared in the 34-storey Opal Tower just before Christmas, causing the evacuation hundreds of residents, have turned the spotlight on NSW’s building regulation. Photograph: Mick Tsikas/EPA

The senior bureaucrat who reviewed building regulation for the New South Wales government has condemned the lack of action on his 2015 report, warning the defects in the Opal Tower at Sydney’s Olympic Park “are likely just the tip of the iceberg”.

Michael Lambert, the former secretary of NSW Treasury, was commissioned by the government to look into the failings of building regulation in NSW, after a fire in a building in Bankstown in 2012 revealed shocking breaches of the building code. 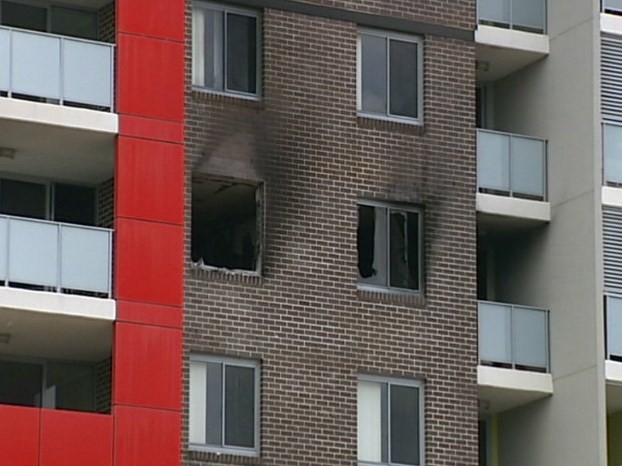 Two young women leapt from the fifth floor of the building to escape the fire. Connie Zhang died while Ginger Jiang was severely injured. Subsequent investigations revealed an illegal roof over the atrium that held smoke in, and multiple breaches of fire safety requirements.

But while the NSW government moved promptly to tighten up on certification of fire safety systems in high rise buildings, Lambert says the rest of his nearly 150 recommendations have languished.

“It’s very frustrating,” he said. “It’s been three years. The fire safety issue was a time bomb so they did something on that, but they haven’t implemented the rest of the report,” he said.

The cracks that appeared in the 34-storey Opal Tower at Olympic Park just before Christmas, causing the evacuation hundreds of residents, have again turned the spotlight on NSW’s building regulation, and more broadly, on whether Australia will emerge from the latest housing boom with a legacy of substandard buildings.

The Lambert report found “the incidents of building defects is significant” and “the incidence appears higher in NSW than elsewhere”.

But he wasn’t able to be clearer than that, because there are still no audits of buildings to assess whether they meet the required standards. The only statistics on defects collected by government are those generated by people complaining about their builders to NSW Fair Trading.

A 2012 survey by the City Futures project the University of NSW surveyed 1,020 strata owners across NSW, and found 72% of all respondents (85% in buildings built since 2000) knew of at least one significant defect in their complex.

The Opal Tower is likely the tip of the iceberg

As the building boom has gathered pace, the problems have probably got worse, Lambert says.

Developers, who do not require any qualifications, have piled into the industry, and the demand for tradespeople has meant that less qualified people are working on major projects.

In NSW there is no requirement for builders to be licensed if they are working on commercial projects, though residential builders are required to hold licences in order to access home warranty insurance.

“The Opal Tower is likely the tip of the iceberg,” Lambert told Guardian Australia. “There are hundreds of smaller projects, mainly medium rise in the suburbs, that will have problems.”

Lambert produced his draft report in August 2015 and a final report in October of that year, which outlined a litany of problems in building regulation in NSW.

These included fragmented responsibility within government, multiple agencies that were under-resourced, no requirements on those checking building work – the certifiers – to have proper qualifications and a lack of any audits to see whether they were doing their job.

He put forward more than 100 recommendations, including 12 he said should be implemented within six months from the date of the final report, which was October 2015.

*While Lambert backed the continued use of private certifiers to sign off on building work, he suggested a top-to-bottom overhaul of the system to strengthen it.

Eighteen months after the Grenfell Tower fire, lives are still at risk

This included making one minister responsible for building regulation; bringing agencies together; introducing reforms aimed at greater independence and professionalisation for certifiers; making other professionals in the system more accountable; and introducing a system of audits so that the public could be confident that certifiers were performing their role.

He also urged the government to properly resource the regulators, after finding “significantly lower resourcing of regulators” in NSW than other states.

The government moved promptly to require those certifying fire safety systems to have competency in that area. The Fire Safety Association will now set the standards for those signing off on fire systems. Previously, no fire-specific qualifications were required.

*But Lambert recommended a major overhaul for all certifiers, designed to boost their independence from developers, who pay for their services, and to professionalise the industry.

Most states now rely on private certifiers to ensure building standards are met. In NSW people can opt to have a council-employed inspector or a private certifier employed by the developer, to sign off that building work is to code and in line with the development consent. In practice, most builders and developers use private certifiers, especially on major projects like high rise residential buildings.

In its response to his report, the government promised to pass new laws dealing with the role and qualifications of certifiers by the second half of 2017.

A bill, which fell short of Lambert’s expectations, was put out for consultation in September 2018 and was passed in October. A spokesman for the fair trading and innovation minister, Matt Kean, said it would come into force in the next few months.

The explanatory note on the bill said it “clarifies a certifier’s role and responsibilities, enhances independence, strengthens disciplinary procedures and facilitates better coordination of certifier functions”.

*Lambert told Guardian Australia he had tried in vain to progress the report with two successive ministers for fair trading and innovation, Victor Dominello and Kean.

*“The bureaucrats don’t want change and ministers do not seem motivated to push change,” he said.

One of his key recommendations was that building regulation be brought under the control of one minister. At the moment, the minister for planning is responsible for implementing the national building codes at state level and attends the intergovernmental meetings , but licensing of residential builders and certifiers rests with the minister for fair trading and is treated as a consumer issue.

The government agreed to consolidation in 2016 in its response to the Lambert report, but nothing has happened. A spokesperson said the government remained to committed to the goal and it was a matter of “sequencing”.

The government also agreed to establish a high level committee of regulators and a consultation committee to help progress reform. But again, nothing has happened.

Lambert said: “I arranged for the current minister, Matt Kean, to meet with industry and he had agreed at that meeting to set up a committee to help fast-track the reforms and provide feedback. But later he walked away from it.”

The other problem identified was the largely paper-based systems relating to buildings. Paperwork is spread across councils, the Department of Planning and the certifiers’ files, making it difficult for building purchasers and neighbours to find out whether the building has been certified as complying with the building standards.

“As a priority step to fill data gaps, amendments will be prepared for introduction into parliament before the end of 2016, the government said in its response to Lambert.

“These will provide the power to require certifying authorities and accreditation holders to report certain building and development data.”

Again, this step seems to have fallen by the wayside.

After the Opal Tower evacuation, Kean announced that 25% to 30% of the industry would be audited. The details of the audit program are under consideration and have yet to be announced, so it is unclear whether this will involve checking buildings to see whether they are in line with what has been certified, or checking the paperwork.

Asked about the slow progress, Kean, who became minister in January 2017, disagreed.

“The Lambert Review was superseded by the Shergold Weir report that was initiated by the federal building ministers’ forum. NSW has led the nation in implementing the recommendations from this report.”

Following the worldwide scare about aluminium composite cladding after the Grenfell tower disaster in London, Prof Peter Shergold AC and Bronwyn Weir examined the building regulatory systems across jurisdictions, as well as the broader problems that impact the effective implementation of the national construction code.

Their report was delivered to the building ministers’ forum in April 2018 and made recommendations to improve Australian building safety and compliance.

Kean will deliver his response to the Shergold Weir report before the next building ministers’ forum in February.

But in the meantime, one of the biggest building booms in Australian history has seen skylines around the country changed forever, as literally hundreds of medium and high density projects are constructed, arguably under regulatory systems full of holes.

The Opal Tower saga is emblematic of that system. Just who is to blame will likely take some time to sort out. The government has asked two engineering professors to urgently investigate the tower’s safety, after cracks appeared.

“I do not want to pre-empt Professor Hoffman and Professor Carter’s investigation into the Opal Tower,” Kean said. “What we have seen at the Opal Tower is clearly unacceptable and my heart goes out to the residents.

“Your home is often your biggest investment and people have every right to expect that their home is safe and free from defects. That it is especially the case when it is a new building like the Opal Tower.”

But once immediate liability is sorted out, it might be worth reflecting on the full cost of regulatory inertia.

Have you experienced a problem with:*
a low rise residential dwelling (house)
a multi-unit block
a commercial building
other
Please describe your issue:*

Has there been a ruling on your problem?

Your contact details are helpful so we can contact you for more information
Are you happy to be contacted by a Guardian reporter?*
yesno
Can we publish your response?*
YesNo