WITH the Baring Private Equity Asia grab of SAI Global the “Australian Public” including Trades lost free acccess to Australian Standards at 9 Libraries;  access was previously free prior to midway 2016!

A successful takeover of SAI Global by Baring Private Equity Asia will end two years of speculation about its ownership and provide a circuit breaker for the company’s poisonous relationship with Standards Australia.

When SAI Global was up for sale in 2014 about 17 different organisations expressed interest in the business but the board could not recommend a deal to shareholders.

The board headed by Andrew Dutton was sensible to take on board the criticisms of the SAI Global corporate structure. 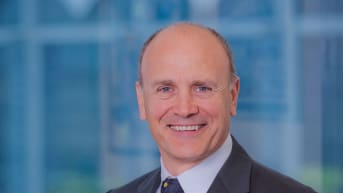 The board appointed Peter Mullins as chief executive in November 2014 while at the same time announcing an end to the three separate business silos.

The company progressively switched to a global sales and marketing function backed by regionally aligned operations.

Mullins has delivered what was promised two years ago but throughout his tenure there has been a messy fight with its former parent company, Standards Australia, over a publishing licence agreement (PLA).

The 15-year agreement is due for renewal in 2018. SAI Global has an option to renew for a further five years. The PLA has been the subject of various court actions.

If Baring Private Equity Asia is successful in its takeover bid for SAI Global it will change the dynamics involved in the stand off between Standards Australia and SAI Global.

When SAI Global is under private ownership Standards Australia will have less leverage in its fight with the company.

As long as it is a publicly-listed company the fight between the two parties has the potential to be blown out of proportion.

Legal fights can hang over companies and colour the views of potential investors.

It has always been in the interests of both parties to settle the dispute over the PLA. Private equity is known for its patient capital. But it is also well known for its pragmatism when it comes to intractable disputes.

*The $1 billion SAI Global takeover offer is another example of the financial strength that is sitting on the sidelines waiting for opportunities to pick up under valued Australian companies. News of the bid was broken by the Street Talk column.

SAI Global has attracted a number of prominent fund managers to its share register including Perpetual and Ellerston Capital. One shareholder who sold out recently and will miss the takeover premium is Paradice Investment Management.

Existing shareholders will do well out of the takeover which offers a premium to the last closing price of 32 per cent. The premium to the six month volume weighted average price is 34 per cent.

The binding scheme of arrangement, which carries a 1 per cent break fee, is at an enterprise value to earnings multiple of 9.4 times. This assumes earnings before interest, tax, depreciation and amortisation of $131.3 million.