-time limits should be imposed on members of independent planning panels

.to stop them forming improper relationships with property developers

-to strengthen rules on how long members are allowed to serve on IHAPs; how often they must be rotated

The Review called for:

A spokesman for Mr Roberts declined to comment, but it is expected the government will move on the recommendations made by Mr Kaldas as soon as this week.

WILL WE SEE THE KALDAS RECOMMENDATIONS ENFORCED?

Time limits should be imposed on members of independent planning panels to stop them forming improper relationships with property developers, according to a sweeping review of the state’s planning rules sent to the Berejiklian government.

The review, headed by former deputy police commissioner Nick Kaldas and handed to the Planning Department late last week, has made a string of recommendations to target any possible property developer corruption in the planning system.

Mr Kaldas recommends strengthening rules about how long members are allowed to serve on the committees, known as Independent Hearing and Assessment Panels (IHAP), and how often they must be rotated to avoid becoming too close to developers.

Sources briefed on Mr Kaldas’ recommendations, which were handed to Planning Minister Anthony Roberts last week, told the Herald the review also called for mandatory probity checks on community representatives, not just the chairs of the independent panels and any experts present.

There will also be tighter restrictions on who can sit on the panel, sources said.

Independent panels instead of local councils will also be mandatory in assessing development applications valued between $5 million and $30 million not only in metropolitan Sydney and Wollongong, as under the current system, but extending to the Central Coast and Newcastle.

Mr Roberts ordered the audit in July after a series of explosive allegations of local council corruption including one inquiry which ended the political career of Liberal MP Daryl Maguireafter revelations about his role assisting property developers in Canterbury Council.

The Berejiklian government made the IHAPs mandatory for Sydney and Wollongong local councils last year after raising concerns about “inappropriate” relationships being formed between councillors, local government managers and property developers.

The decision to impose independent panels on major development applications was intended to break the connection between closely associated property companies and local councils by creating a pool of decision-makers including community representatives, planning experts and others.

Some councils, however, have appointed former colleagues as community representatives, raising concerns within the government that the independence of panels might be called into question.

Earlier this year Camden Council appointed former councillors Keith Hart and Debby Dewbery, then the office manager for Camden Liberal MP Chris Patterson, into the pool for the local panel.

She has excused herself from past panel deliberations when development projects her clients are involved with are up for discussion.

The Herald is not suggesting there was any wrongdoing, but that perceived closed ties between councils and panel members have concerned the government as a possible weakness in the system.

There are no specific rules about how many people are to be on the panels, what members are to be paid, or whether deliberations about development decisions are public or not.

However, councillors and council staff are not permitted to contact panel members directly.

Mr Maguire, who resigned in August leading to the Berejiklian government losing the seat of Wagga Wagga, was caught in a recording made by corruption investigators urging then Canterbury councillor Michael Hawatt to approve a development application for a “mega big” client.

Mr Maguire and Mr Hawatt discussed what payments they might receive, suggesting that 1.5 per cent was “not enough”, according to the tape tendered at the Independent Commission against Corruption.

A spokesman for Mr Roberts declined to comment, but it is expected the government will move on the recommendations made by Mr Kaldas as soon as this week.

Mr Kaldas, a contender to have been appointed NSW police commissioner after the resignation of Andrew Scipione last year, served as director of internal oversight at the United Nations Relief and Works Agency in the Middle East, where he engaged in similar anti-corruption work.

Kylar is The Sydney Morning Herald and The Age’s CBD columnist. He recently covered federal politics, business and NSW politics for News Corp. 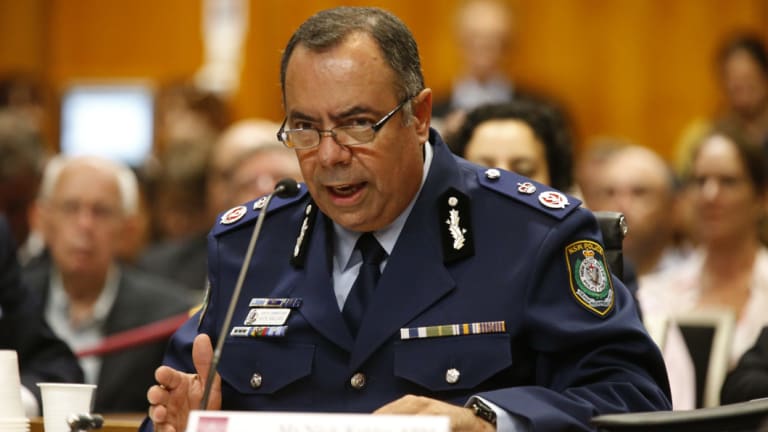