The Ryde residential tower that has become a lightning rod for political concerns about development in Sydney has been rejected by the local council, but could still proceed if approved by the state government.

Councillors from the City of Ryde on Tuesday night voted to refuse a planning proposal submitted by developer Meriton for a 42-storey tower at 112 Talavera Road, Macquarie Park, despite council staff recommending that the project had merit.

Meriton had earlier submitted a proposal for a 63-storey tower, which would have been one of Sydney’s tallest residential structures, but lowered it in response to community concerns.

The Member for Ryde, Victor Dominello, has been leading a campaign against the proposal, and blamed the council and Labor Mayor Jerome Laxale for allowing Meriton’s plan to get to this stage of the planning process.

In turn, Mr Laxale has stressed the state government had established two “planned precincts” for increased development in the Ryde area.

“Council received more than 400 submissions on this matter, of which the vast majority were against the planning proposal due to a range of concerns including traffic congestion, inadequate supporting infrastructure and loss of local amenity and character,” Cr Laxale, who will be Labor’s candidate in the March state election, said after Tuesday night’s council vote on the proposal.

However the planning proposal could still proceed if approved by the Minister for Planning or a delegate.

Mr Dominello, the Minister for Finance, has been unusually vocal in his concerns about development in his local area, prompting developers to warn of a “Dominello Effect” of anti-development political rhetoric across the city.

Mr Dominello, who is close to Premier Gladys Berejiklian, has already managed to secure a number of unusual carve-outs for his area. No new residential rezoning proposals will be considered in Ryde over the next year – the only area in which such a moratorium applies.

And Ms Berejiklian also wrote to the Greater Sydney Commission, meanwhile, requesting that it conduct an “assurance review” into development in Ryde.

Chief commissioner of the Greater Sydney Commission, Lucy Turnbull, replied to Ms Berejiklian last week saying her agency would conduct this review into what the Department of Planning and Environment “has been doing in the area over the past several years.”

Mr Dominello has touted the “assurance review” as a win for the community. But the unusual request drew immediate criticism from the state opposition, who said the Premier was using the Greater Sydney Commission as a political football. 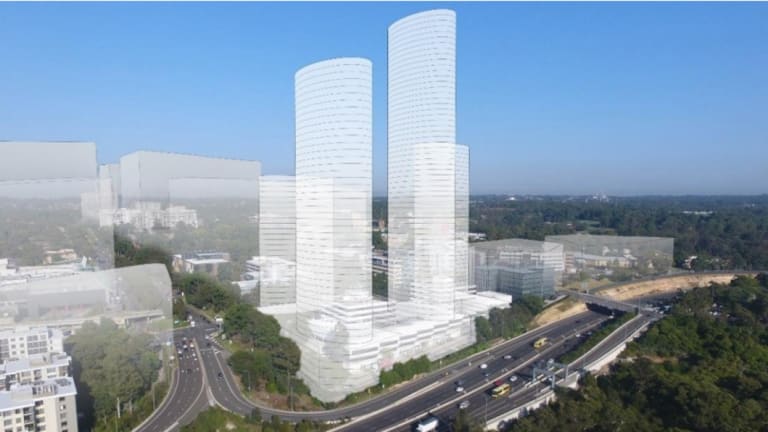