… that presupposes there was some in the first-place …. hehehe …

How arrogant can you be?

Yes, the logical conclusion is to not have so many people to house, feed, move and keep safe …

… rather than inappropriate development of high-rise precincts in suburbia, ugly concrete caverns of duplex, terraces, townhouses and Manor Houses annihilating our housing estates …

-built up to one’s fence

-forward of the setback

A Report in “The Fifth Estate” concerning the Planning Minister revealed that over 9 months in 2017 he met with 53 developer groups and not a single resident … how can there be a “social contract”?

DESPITE widespread community outrage over the medium-density housing code the sinister solution is to reform developer contributions for community infrastructure that would not be needed if it were not for the foreign invasion with “our families” locked out!

SEARCH for CAAN articles on the “Good Growth Alliance” of developers and charities! 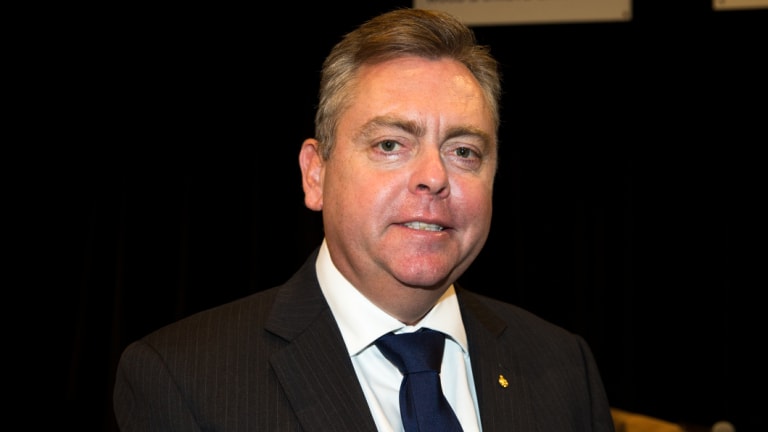 CAAN photos of typical fugly Medium-Density Housing code; complying development … this is why the community must vote out the LNP, and exert pressure on all opposition  parties to rule out complying development of higher density for the overseas market;  a stop to high immigration/visa manipulation and the 100% sell-off to foreign buyers …

NSW Planning Minister Anthony Roberts has warned the housing development industry it risks losing its “social licence” to operate if it does not do more to restore trust with the public.

Mr Roberts told a lunch hosted by the Housing Industry Association  on Wednesday that the industry needed to confront public scepticism if it were to be able to build the “houses and towns” of tomorrow.

In making this argument, Mr Roberts tried to reconcile the government’s position last year – that it needed to increase housing supply to reduce pressure on prices – with its current position – that a migration slowdown is needed.

*”Whereas last year, we said quite clearly and plainly that the only meaningful housing affordability measure was to increase supply, the public debate, the political debate, has jumped to an admittedly logical conclusion that an alternative policy is to not have so many people to house, feed, move and keep safe,” Mr Roberts said.

CAAN:  Despite the huge increase in supply it could not meet the foreign demand and dwelling prices skyrocketed.

He said the reason that debate had shifted was that trust in business and political leadership to respond to concerns about development had fallen to a low ebb.

“When trust diminishes, when the public withdraws the social licence they give industries to operate, there are catastrophic consequences,” he said.

The development industry had not lost its social licence, he said, but “community anxiety about inappropriate development, about profiteering and past allegations of corrupt conduct and lobbying, could result in the social contract between your industry and the public being broken”.

the public simply do not want them in their communities and towns.

“That message – born largely from a fear of change – is being delivered to this government on a daily basis, and the construction industry so far has been extraordinarily slow to react.”

Rather than spending money on lobbyists, he said, developers and builders would be better served consulting their communities to attain support for their projects.

Often, he said, members of the public would end up supporting projects they previously opposed in theory.

“I frequently use the example of Central Park in Sydney’s Broadway,” he said. “A controversial project. There were protests in the street when the old brewery site was proposed to be knocked down. It is now a multi-award winning work of public art.”

The minister also said he still supported the medium-density housing code, which has been frozen for a year. And he said that he intended to reform contributions levied on developers for community infrastructure, which they needed to pay, but which should be simpler.

After the speech, the Department of Planning uploaded a precis to its website that was more confrontational in tone than that delivered by the minister.

Responding to that precis, Steve Mann, the chief executive officer of the Urban Development Institute of Australia, said there had been a “move towards increasing taxes and charges on new homes”.

“Developers make profit commensurate to risk,” Mr Mann said. “If the profits are too low, development will not happen. The only people who lose are the families of Sydney who want homes.”

“We have provided Minister Roberts and Premier Berejiklian with ten proposals that will contribute to Sydney growing well and that support the plans of the Greater Sydney Commission – proposal one outlines the need for a Good Growth Summit within 100 days of the 2019 State election so communities, industry and government can collaborate more strongly on making Sydney a sustainable, liveable global city.”