IT obviously cannot come soon enough!  With much of Australia’s Eastern Coast cleared for overdevelopment … not for Australians but for foreign buyers!  In Sydney’s urban fringes of Wilton, Appin, Mount Gilead, Menangle, Camden, Campbelltown a major threat to Koala habitat!

The report assessed 11 deforestation hotspots, where broadscale clearing had occurred at problematic levels since 2010, and where deforestation was expected to continue in the next decade. Eastern Australia was the only location in the developed world to make the list…

More broadly, the WWF report explicitly notes that the near exponential rise in human population over the past 70 years has driven a commensurate surge in resource use and pollution!”

TIME to save “industrial lands” for their original purpose and not to be repurposed for residential development!

High immigration is not sustainable!

A Labor government would bring in new federal environment laws and strong independent agencies including a national environment protection authority (EPA) to enforce them, under a draft policy platform signed off by the ALP national executive.

Developed by a 60-member policy forum chaired by the opposition leader, Bill Shorten, and the outgoing party president, Mark Butler, the platform is the basis for debate at Labor’s national conference in Adelaide next month.

The central environmental proposals include a new environment act, a science-based EPA to oversee development decisions and a national environment commission to develop legally binding plans and standards for protection. 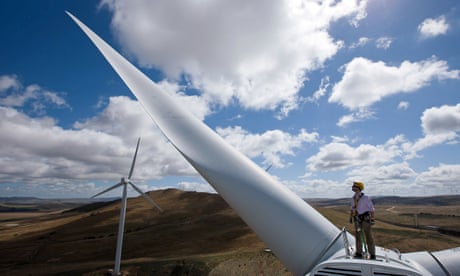 The platform document says the new laws and institutions would allow a comprehensive approach to biodiversity and conservation, replacing a regime that fails to protect the health of the environment.

“It will reflect Australians’ expectations that environmental protection is essential and ensure an effective and efficient national approach to the management of matters of national environmental significance,” it says.

While not everything in the platform is guaranteed to become legislation, the draft document is a significant win for the Labor environment action network (Lean), an internal advocacy group that has run a 15-month campaign for reforms to protect nature.

As revealed by Guardian Australia as part of the Our Wide Brown Land series, ALP branches from every state and territory backed a Lean motion calling for strong national environment laws and an independent agency akin to a “Reserve Bank for environmental management”. By January, 250 party branches had passed the motion. Lean says it has since increased to 456.

*The draft platform rejects handing development approval powers to states and territories, a Coalition push Labor has in the past supported. It says any existing agreements in the area would be cancelled.

It says Labor would protect the rights of civil society groups on environmental matters, make data underpinning decisions publicly available and work with the states to properly resource recovery plans for threatened species while preventing land-clearing in critical habitat. It would introduce a “land-clearing trigger” giving the federal government greater powers to intervene on development approvals.

Felicity Wade, Lean’s national convener, said the proposals recognised the environment was a legacy issue for Labor dating back to reforms introduced under Gough Whitlam and Bob Hawke. She said they were driven by the party’s members.

“Traditionally, the community cares about this stuff more than politicians so it is important that Bill Shorten is saying ‘this matters’,” she said. “People don’t like plastics choking the waterways, and they don’t like species going extinct and they don’t like that we’ve got bad quality air in a number of cities.”

The draft platform addresses a number of environmental issues raised in the Our Wide Brown Land series, including the plight of threatened species and the Murray-Darling basin. It may face resistance at the ALP conference, particularly from union delegates concerned about the potential impact on industrial and other developments.

As written, it would likely mean an end to the Environmental Protection and Biodiversity Conservation Act introduced by the Howard government in 1999, though some lines suggest keeping and changing it. The existing act was praised for gathering decision-making powers under the environment minister but has been criticised for going too far in giving the minister of the day discretion in how the law is applied. 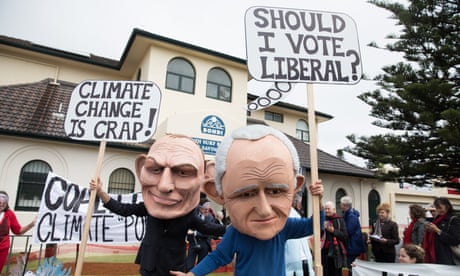 Several environment and political campaigners told Guardian Australia they believed it was now harder to win environment protection decisions than at any point since before the recognition of landmarks including Kakadu, the Daintree rainforest and the Franklin river in the 1980s.

Along with the Lean push, these concerns have formed the basis for a campaign from about 40 environment groups working as the Places You Love Alliance.

The Australian Conservation Foundation chief executive, Kelly O’Shanassy, said the draft platform was heartening and necessary. She said threatened species habitat across an area larger than Tasmania had been destroyed since the current environments laws were brought in.

“We will be watching closely to see that these strong measures are embedded in the ALP’s final platform,” she said.

The draft policy platform includes several statements related to climate change and energy with the goal of transforming the economy to reach net zero greenhouse gas pollution by 2050.