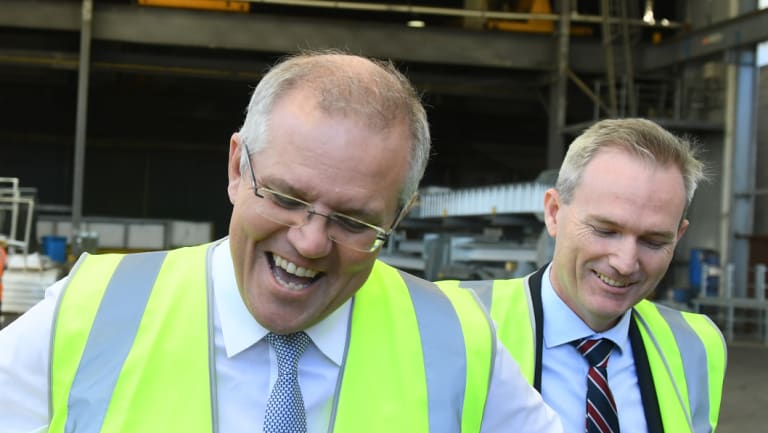 GRATTAN INSTITUTE’s criticism of the LNP “migrants to the bush” policy is justified, however its proposal that Australia’s housing and infrastructure pressures can be solved by planning appears unrealistic because mass immigration has resulted in a decline in living standards with our infrastructure crush-loaded and we have been forced into living in smaller and more expensive housing!

THE IA projections for Sydney and Melbourne reveal traffic congestion will soar with access to jobs, schools, hospitals and open space in decline by 2046!

The Institute appears not to have figured that with 200,000 people arriving in Sydney and Melbourne annually that infrastructure cannot compete with this growth!

Increasing density in established suburbs will only result in ever smaller and more expensive housing!

WHY not lower immigration to prevent the infrastructure and housing problems from developing?

Is the Grattan Institute just another ‘Big Australia’ business lobby?

The Grattan Institute has penned another gaslighting piece in The Conversation attacking “Australia’s dangerous fantasy”of “diverting population growth to the regions”:

A dangerous fantasy is taking hold in Australia: that government policy can divert population growth from our bulging capital cities to our needy regions. It’s a fantasy because a century of Australian history shows it won’t work. And it’s dangerous because it gives governments an excuse to avoid the hard decisions on planning and transport needed to make housing more affordable and cities more liveable.

Since Federation, state and federal governments have tried to lure people, trade and business away from the capital cities. These efforts have mostly been expensive policy failures.

Despite substantial government spending on regional development aimed at promoting decentralisation, Grattan Institute’s State Orange Book 2018 shows the trend to city-centred growth has accelerated in the past decade. Less than a third of us now live outside the capital cities…

While Grattan’s criticism of the Coalition’s ‘migrants to the bush’ policy is justified, it is also a “dangerous fantasy” for Grattan to believe that Australia’s housing and infrastructure pressures can magically be solved via better “planning” – as if we just need to sit down and draw up some plans and everything will be alright.

The fact of the matter is that the mass immigration ‘Big Australia’ policy has locked residents in our major cities into falling standards of living.

We know this because the empirical evidence of 15-years of hyper immigration-fuelled population growth has seen economic and social infrastructure become crush-loaded, as well as forced residents into living in smaller and more expensive housing.

Moreover, Infrastructure Australia’s projections for Sydney and Melbourne show that traffic congestion will soar and access to jobs, schools, hospitals and open space will all decline by 2046, irrespective of how these cities build-out to cope with populations of 7.4 million and 7.3 million people respectively:

What Grattan does not seem to comprehend with Melbourne and Sydney is that increasing population by around 200,000 people (combined) a year is that no amount of increased spending on infrastructure will ever be enough. In these built-out metropolises, where land prices are already insanely high, the cost of widening existing transport corridors or tunnelling to handle increased traffic flows are simply prohibitive. It’s playing catch up to something that just gets further out of reach every year.

Moreover, Grattan’s solution of increasing density in established suburbs will inevitably result in greater demand for land in these privileged locations. Increased demand equals increased cost as the amount of land is fixed. This will inevitably result in smaller and more expensive housing, less public open space, a greater concentration of people in taller and more concentrated buildings, leading to increased temperatures (the ‘heat island effect’), less water per person, overcrowded schools and hospitals, etc. Again, these impacts are projected by Infrastructure Australia above.

The easiest ‘solution’ to protect living standards in our major cities is forever ignored by Grattan: lower immigration back to historical levels and prevent the infrastructure and housing problems from developing in the first place:

Perhaps the answer to Grattan’s wilful ignorance about immigration relates to its donor list:

($1 million plus over Grattan Institute’s life)
‘

Grattan appears to be little more than another ‘Big Australia’ lobby group.