“AUSTRALIA is increasing its population by almost 400,000 a year — natural increase is about 38% of that and net overseas migration is about 62%.

The increase is 1.6% per year. To the non-statistician, that might not sound like much, but it means we would double our population every 44 years at that rate of increase. We are now at 25 million, so that would be 50 million in 2062. ….

MEANWHILE, we have almost 2 million people who want more work but can’t get it, full-time jobs are disappearing, wages have stagnated, private-sector debt has skyrocketed and wealth has concentrated at the big end of town.

What sticks in my craw is the seeming capitulation of both the once-great environmental movement in Australia and the progressive left in general, to the notion of demographic inevitability and Neoliberal orthodoxy.”

Australia is running an “investment” scam that relies on an ever-increasing number of punters to join in, writes Stephen Williams.

IF YOU ARE LOOKING for discord between policies that the major parties offer and what most people actually want, it is hard to beat population policy.

But let’s start with what most people actually want.

Macro Business’s Leith van Onselen has been relentless in his coverage of the population issue in the past few years and he summarises the recent opinion surveys here.

Van Onselen misses the first Sustainable Population Australia (SPA) survey of 2015, which I spearheaded, although Adjunct Associate Professor Katharine Betts did most of the work.

I also had a minor role in The Australian Population Research Institute survey of 2017 that built upon the 2015 SPA survey.

At the very least these surveys show a clear voter dissatisfaction with our high population trajectory as our major cities become crush-loaded.

Do we have “high” population growth?

The Australian Bureau of Statistics releases a quarterly report that summarises our population numbers.

As you can see, Australia is increasing its population by almost 400,000 a year — natural increase is about 38% of that and net overseas migration is about 62%.

The increase is 1.6% per year. To the non-statistician, that might not sound like much, but it means we would double our population every 44 years at that rate of increase. We are now at 25 million, so that would be 50 million in 2062.

To put that in context, the shit hit the fan in October 2009 when then Treasury head, Ken Henry, expressed concern over our projected population of 35 million people by 2050.

That led to prime minister Kevin Rudd’s baptism of fire when, like a boy scout enthusiastically collecting kindling at his first jamboree, he chortled his enthusiasm for a “big Australia”.

Yes, we could all get nice and cozy around Kev’s big bonfire and toast some marshmallows!

But the public backlash was fierce, with Julia Gillard eventually distinguishing herself from Rudd with the empty phrase “sustainable Australia” rather than big Australia.

Back to reality, comparable countries to Australia have much lower population increases. Japan even has a decrease.

The Federal Government largely determines our population numbers, both through spruiking pronatalism, as former treasurer Peter Costello did in 2004, or through adjusting net overseas migration, with former Prime Minister John Howard turbo-charging it in about 2006.

(Do not confuse our refugee intake with our overall migrant intake — the former tends to be between 3 and 5% of the latter.)

Such high-population increases, mostly through net migration, then allowed successive governments to smugly say the Australian economy was the envy of the world, with a record-breaking run of “economic growth”.

Is overpopulation a problem? We think the problem is not of a moderately increasing population but of a society centred around the unceasing and irrational exploitation of our resources. #auspol #socialism https://thesocialist.org.au/population-debate-a-distraction-from-real-issues/ …

Recently there has been a lot of discussion in the media about population growth. As Australia surpassed 25 million residents last month, much of the capitalist press used the occasion to play up…

Growth sounds good, doesn’t it? It is the opposite of death, decay or stagnation. But growth can also be a cancer, or a “population Ponzi scheme”.

As I have argued elsewhere, there is good evidence that Australia has gone from economic growth up to the decade of the 1970s to uneconomic growth as the costs of expanding the economy become greater than the benefits.

Expanding the economy wouldn’t be so bad if it led to full employment in good jobs and equitable wealth distribution, with reasonable commute times in efficient public transport, but I could sell you a nice big harbour bridge if you believe we are heading in that direction.

Space does not permit an analysis here, other than to say that governments generally ignore those reports that tend to highlight a lack of objective or scientific justification for ever-increasing high population increase in a country with Australia’s limited water resources; limited arable land, unpredictable climate, exposure to natural disasters and sensitive biota with record extinction rates.

Indeed, the Australian Academy of Science has been concerned about our population numbers for decades, although you will rarely, if ever, hear population boosters mention this.

‘The Academy has consistently advocated that a large increase in Australia’s population should not take place without a full analysis of the consequences for the environment, in terms of land, water, sustainable agriculture, pressure on native flora and fauna and social issues.’ 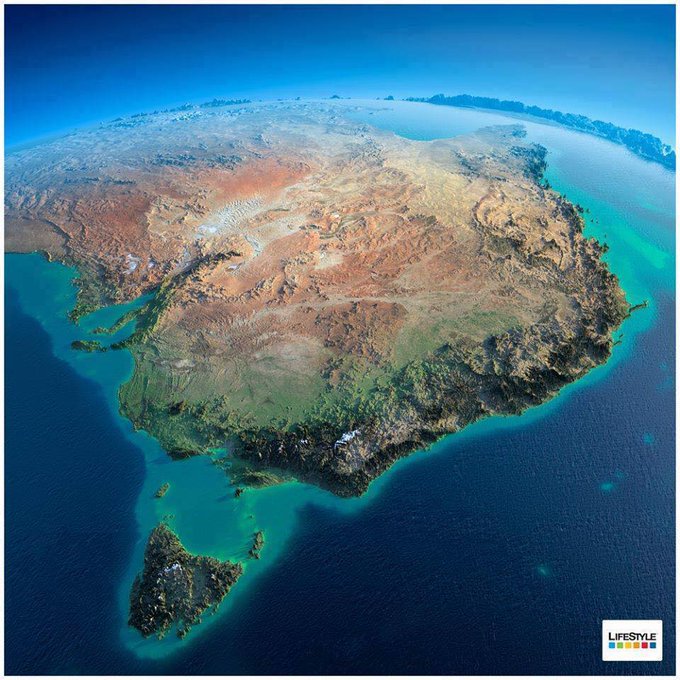 Why a 26m population target? | “The Australian Academy of Science reported on population sustainability…” http://www.votesustainable.org.au/formation/  #auspol

People advocating business as usual – or even higher rates of population increase – almost never mention the natural environment, probably because they know next-to-nothing about it and its life-support systems.

On the other hand, people who express concern about our population trajectory often have scientific or environmental credentials, or are at least environmentally literate: contributors to the regular Fenner Conference for the Environment are good examples.

No, it is largely the business community, its think tanks and its big accounting firms that push for a big Australia, with the mainstream media being largely complicit in not challenging base assumptions that the growth agenda is built on.

The population boosters trot out questionable arguments about the dire consequences of an increase in the proportion of older Australians; alleged skills gaps in the native workforce and fatuous ideas to do with “dynamism”.

Meanwhile, we have almost 2 million people who want more work but can’t get it, full-time jobs are disappearing, twages have stagnated, private-sector debt has skyrocketed and wealth has concentrated at the big end of town.

What sticks in my craw is the seeming capitulation of both the once-great environmental movement in Australia and the progressive left in general, to the notion of demographic inevitability and Neoliberal orthodoxy.

In fact, we have a choice, if only we would exercise it.

Population growth needs to be embraced and harnessed says @LordMayorMelb @SallyCapp_ in the @australian today. She will be speaking on this topic at #OutlookConf18 next week: https://bit.ly/2OoTQLf

Mayor aboard push for big nation

Booming populations are nothing for Australias big cities to be afraid of, says the mayor of the nations fasting-growing capital.

Stephen Williams is a freelance journalist. He has done paid work for Sustainable Population Australia.

“I’ve made no secret of the fact that what we’re doing is we’re going to better manage population growth.” Australian PM flags push away from cities for #intledhttps://thepienews.com/news/aus-pm-flags-push-away-from-cities-for-intled/ …