FRENCHS FOREST where until July 2014 there was an already endangered woodland called Duffys Forest Ecological Community and a vital wildlife corridor of rich biodiversity to be BULLDOZED!

-some of the rarest vegetation on the face of planet Earth!

WHAT was behind this destruction?

AND the demise of both Manly and Mona Vale Public Hospitals … for a PRIVATE HOSPITAL!

IN Opposition the LNP released plans to turn French’s Forest into a major economic centre;  the hospital to be the catalyst.

NSW AUSTRALIA has not only lost this critical ecological community but FRENCHS FOREST having been rezoned its community has been SHAFTED … and the NORTHERN BEACHES Region has been shafted having been robbed of their Public Hospitals!

French Forest is a Sydney suburb 13 km from the CBD.  Much of the “Forest” has long been consumed by business parks, housing estates and bitumen but right next to busy Warringah road sits a unique remnant of rich biodiversity. This is the vital wildlife corridor that links Garigal National Park with Manly Dam Reserve and Narrabeen Lagoon catchment.

True to form, the NSW government has chosen this very land as the location for a brand new private hospital. It is on notice to be bulldozed, concreted and lost forever in the near future. The frustrating thing is that the high quality, existing Mona Vale and Manly hospitals nearby (one with extensive land to expand and upgrade) will also be sacrificed for this misconceived project. 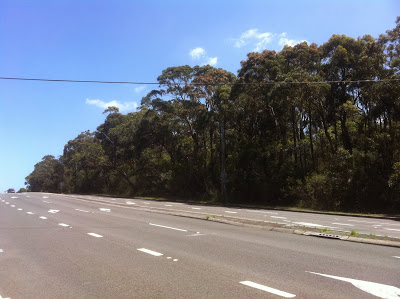 The proposed hospital site (corner of Forest Way and Warringah Rd. Sydney) a remnant area of ancient bushland and a vital wildlife corridor

The bushland on the 6 hectare land parcel is not your average “scrub”. No, this is an unusual sub-segment of an already endangered type of woodland called  Duffys Forest Ecological Community (named after Peter Duffy who was the first man to purchase land in the area).

It is basically some of the rarest vegetation on the face of planet Earth (dominated by tree species that include Red Bloodwood, Silvertop Ash, Brown Stringy Bark and Angophora Costata) and is at real risk of extinction.

*The politicians (of most persuasions) don’t know, care or have any interest in this special element of our natural heritage. They are sadly blind and blinkered to the environmental values that make this part of the world so extraordinary. Their focus, as usual, is development and economic activity at any cost.  Because this project has been designated as being of “state significance”, most of the flimsy environmental restrictions that do exist are being overridden. 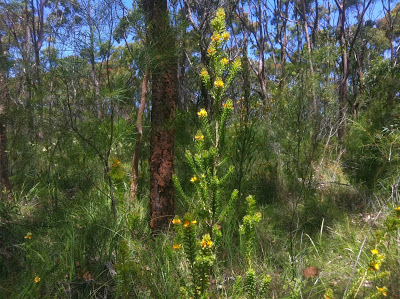 Just off a congested intersection, is this exquisite area of remnant bushland…all will be lost to the bulldozers.

If the hospital is built at this location, it will be curtains for endangered Powerful Owls, Swamp Wallabies,  Sugar gliders, Bandicoots and other rare wildlife that survives here against all the odds. Even Koalas and Tiger Quolls have been sighted in this area. 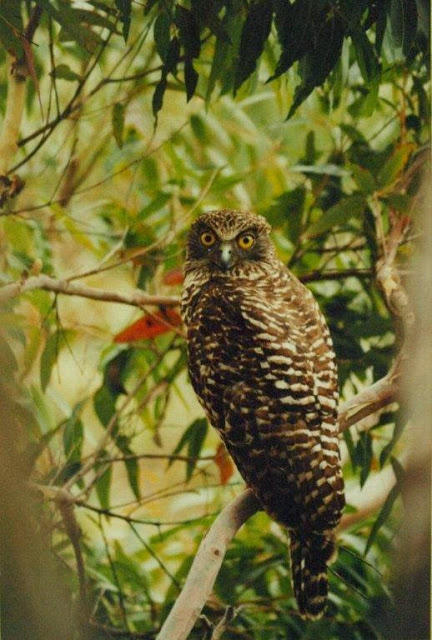 So, yet more of Warringah’s natural environment seems destined to be consigned to the history books because of ignorant, misinformed or corrupted, planning decisions. 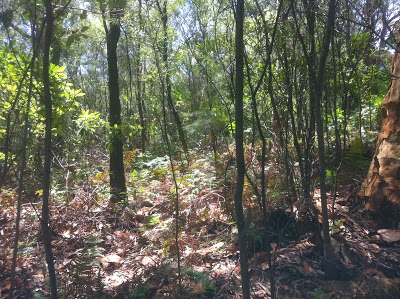 “Duffys Forest Endangered Ecological Community.” Already some of the rarest vegetation on Earth.

*As much as 70% of Australia’s native vegetation has been cleared or modified in the past 200 years.  There should be no excuse to destroy intact, endangered bushland when other, much more suitable, options are available. 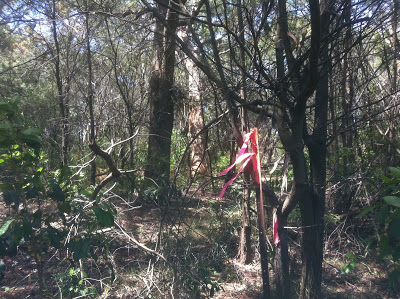 Just down the road, residents fought a long but losing battle to save bushland in the Manly Dam catchment from the Ardel Housing development. Endangered listing for the Duffy’s Forest Ecological Community came just too late to stop the project proceeding .. but the one small consolation was that, supposedly, “it could never happen again!” Check out this website for the full story:- The fight to save Manly Dam Catchment 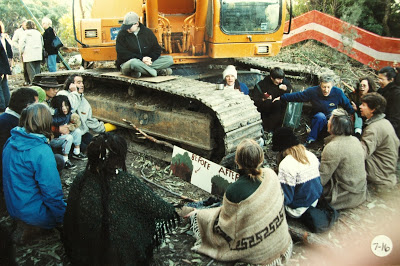 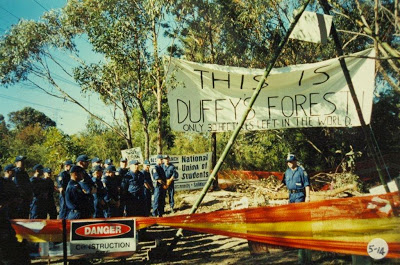 *Tragically even more “Duffys Forest” vegetation is earmarked for clearing when the planned widening of Mona Vale road takes place.

*Another segment could be compromised by the proposed Warringah Aquatic Centre expansion. Nearby at Bantry Bay, the Aboriginal Land Council has sold off sensitive land adjoining Garigal National Park for a housing estate and the National Parks and Wildlife Services has announced plans to clear bushland within the National Park itself for a contentious mountain bike track.

*Meanwhile, and somewhat ironically, Warringah Council has created a website called Duffys Forest Defenders where it states ” Some people don’t know much about Duffys Forest and can hurt it without understanding the consequences. if no-one helps, Duffys Forest may be lost forever.”

It goes on to say that there are many reasons to retain our bushland including ecological conservation for diverse flora and fauna; food,habitat and passageways for native animals; protecting threatened species; Aboriginal heritage values; education and scientific research; scenery, tourism and recreation; pollution reduction and as a division to urban sprawl. 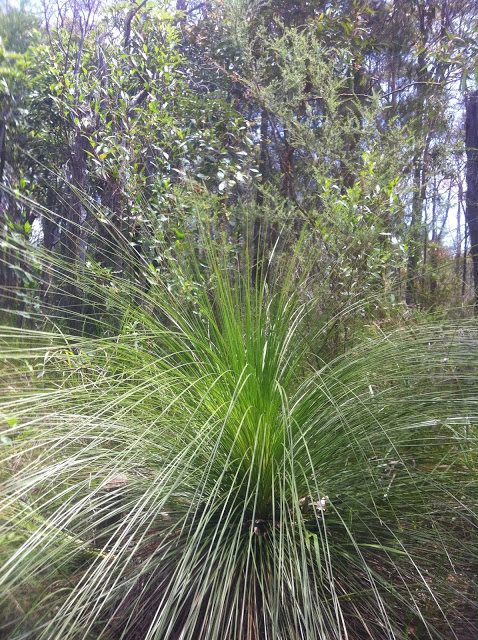 Grass Tree (Xanthorrhoea) an ancient feature of this fragile site.

*The hospital site lies within the electorate of NSW Planning Minister, Brad Hazzard.

When in opposition, he released plans to turn French’s Forest into a major economic centre,with a hospital being the catalyst for massive commercial growth.

The NSW Treasurer, Mike Baird, whose seat is in neighbouring Manly, has given full support to this chosen hospital site.

Incidentally, when the NSW government compulsorily acquired the land from the local government jurisdiction of Warringah Council in 2012, Council agreed to the transfer but with the proviso that the Duffy’s Forest Ecological Community be protected. It was also noted that “Health Infrastructure will still remain bound by State and Commonwealth environmental legislation”

However.. if the government has its way ….. the earth movers will soon be getting another outing and another magical wild place will be consigned to the history books.

In late Nov 2013 there was a protest rally on site. If you’d like to join the  group fighting to stop this destruction (whilst also attempting to save existing community hospitals) check out the H.E.A.L website. The short term imperative is that this application (5982) must be referred to a Planning Assessment Committee where the environmental concerns, plus a host of other issues, can be thoroughly examined. 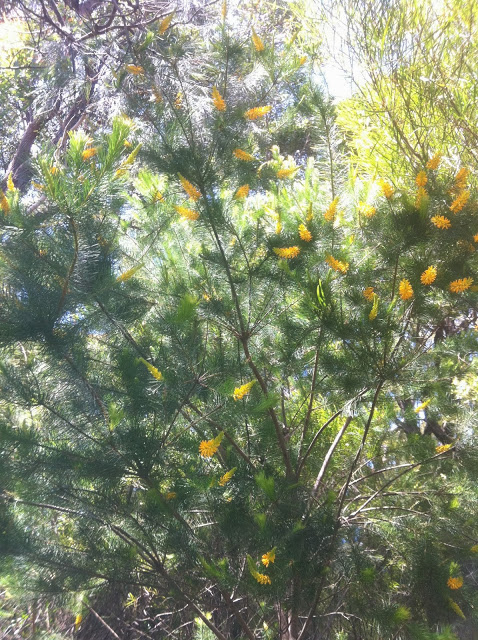 Mona Vale and Manly hospitals could be upgraded and expanded at a fraction of the cost of a new development and this site could be conserved and donated as a precious gift to future generations. Now there’s a healthy alternative!

Please sign a petition to stop this proposal here:Petition

it has been over 20 years since 1,700 senior scientists (including 104 Nobel Prize winners) signed a document called ‘World Scientist’s Warning to Humanity‘. The opening words are worth reading at length:

Human beings and the natural world are on a collision course. Human activities inflict harsh and often irreversible damage on the environment and on critical resources. If not checked, many of our current practises put at risk the future that we wish for human society … and may so alter the living world that it will be unable to sustain life in the manner that we know. Fundamental changes are urgent if we are to avoid the collision our present course will bring about.

We all know the rest of the story. The warning has not been heeded and as the 2005 Millennial Ecosystem Assessment stated, every single living system on the planet is in a state of decline and the rate of decline is increasing.

More info on the “extinction crisis”

Check out the following article on the proposed new private hospital and the NSW Nurses and Midwives Assoc plan to campaign against it. By Amy Corderoy, featured in the Sydney Morning Herald, 25.1.2014  SMH story

In July 2014 bulldozers moved in to clear the critically endangered vegetation. Witnesses say that ancient trees with hollows were knocked over and chipped with scant regard for arboreal wildlife. Representatives from Sydney Wildlife (who care for injured and orphaned native animals and birds) were barred from the site. Seed collectors, hoping to salvage some of the rare plant seeds for trans location were also denied access. 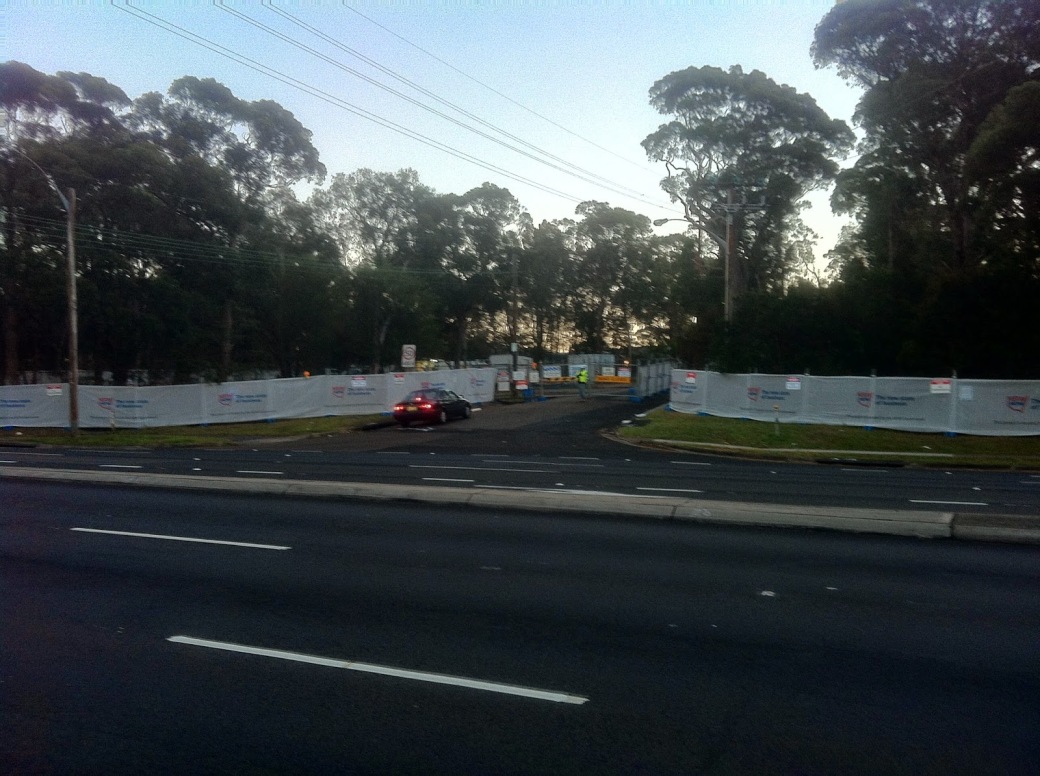 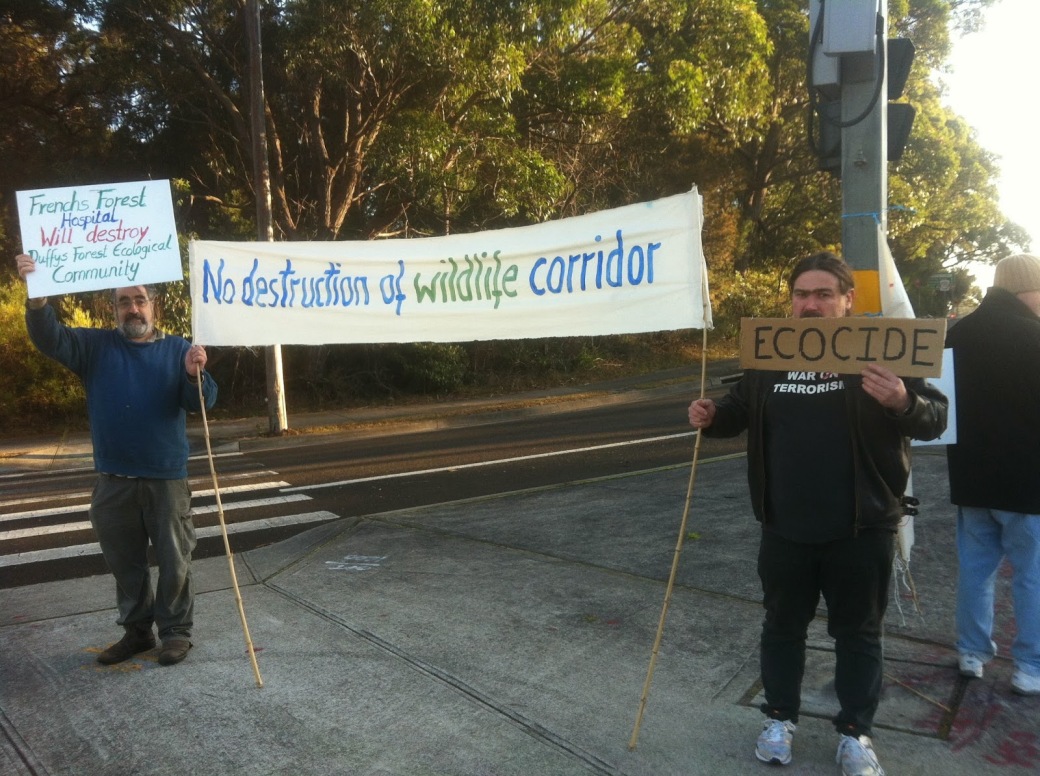 Footnote..if you could see the destruction and loss of vegetation today…you would weep. 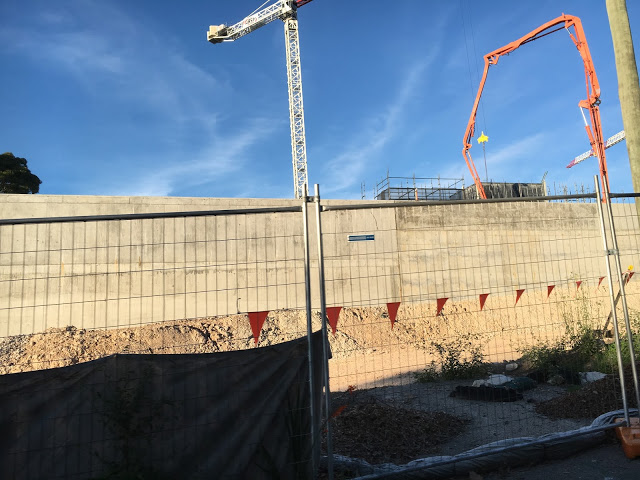