CAAN has highlighted where 6 of the 8 Board members careers span the industries of Real Estate and Mining which appears contrary to the interests of Australians, and this would seem to explain why there has not been a full coverage by the ABC TV on:

-no Anti-Money Laundering Legislation for the Real Estate Sector (shelved again in 2018; over a decade)

-Onshore Proxy agents and so on but skirting around these issues!

Huge tracts of agricultural lands in both urban fringelands, regional villages and farmlands are being destroyed by csg mining, longwall mining, opencut and underground mining with damage to the water table, our rivers polluted!

Almost all the directors of the ABC’s eight-member board were appointed directly by the minister for communications, Mitch Fifield, and some were appointed after being rejected by the merit-based nominations panel, documents obtained by the Guardian show.

In a week that has seen the national broadcaster sack its managing director, Michelle Guthrie, and lose its chairman, Justin Milne, in the fallout, scrutiny is now shifting to the ABC board and the calibre of its directors.

Milne stepped down on Thursday following a series of damaging leaks that suggested he had pressured Guthrie to “get rid of” senior ABC reporter Emma Alberici, who was the subject of the Coalition government’s ire.

The leaks, which sparked a departmental inquiry, raised concerns about the independence and integrity of the ABC.

The issue of the Alberici reports was discussed at board level but it is unclear whether other directors were aware until this week that Milne had pushed for her removal.

“The ABC chair is gone and the remainder of the board have questions to answer now too,” said the Greens senator Sarah Hanson-Young on Thursday following Milne’s resignation.

Documents obtained by Guardian Australia show that of the five most recent appointments, all were direct recommendations by Fifield.

Although the Coalition made much of establishing a merits-based nominations process for the ABC and SBS board appointments in 2013, it has either circumvented or ignored it in recent years.

Of the appointments since 2015, two did not go through the nomination panel at all; two were considered but not recommended by the panel and were still appointed by the minister; and one was deemed by the panel to be “very suitable” but withdrew before the final recommendations, only to be then urged directly by the minister to accept a place.

The appointments process is revealed in statements of reasons which must be tabled in parliament by the minister and questions he has answered in Senate estimates in 2017.

The most controversial has been the appointment of Vanessa Guthrie, the chairwoman of the Minerals Council of Australia, whose appointment was widely criticised as being political.

The selection criteria for the nominations panel say candidates must have substantial experience in at least one of the following: experience in the media industry or digital technologies; business or financial management; or corporate governance experience, including managing a large or complex operation in the private or public sector.

Vanessa Guthrie had been a mining executive and is on the board of Santos, and is chair of the coal industry’s lobby group, but she had no broadcasting experience and her executive roles appeared to have been limited to smaller mining companies.

In Senate estimates, Fifield revealed she had applied through the panel process but was not on their list of recommendations. In his statement of reasons, tabled in parliament, he described her as a “strong, qualified candidate”, and that she would add to the gender and geographic diversity of the board as she was from Western Australia. 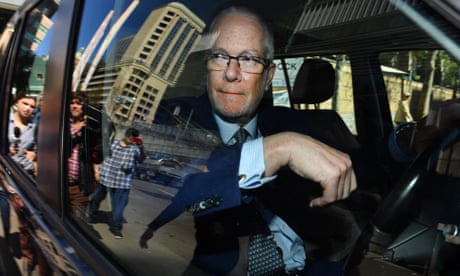 At the same estimates hearing he revealed that Georgie Somerset, a farmer from Queensland, was “one of the minister’s recommendations”.

Somerset has been on the board of the Royal Flying Doctor Service in Queensland and some other not-for-profit roles, but has no broadcasting, digital, or in-depth management experience of a large organisation.

Donny Walford, a businesswoman from South Australia, appointed in 2015, does not appear to have gone through the nominations process at all.

In the statement of reasons, Fifield makes no reference to the panel except to say that she was assessed against their criteria, and considered to have “a substantial level of experience and knowledge in business and financial management and corporate governance resulting from significant number of board and senior executive positions”.

Joseph Gersh, who was appointed in May this year, was shortlisted and interviewed but was not included in the final report by the nominations panel.

A lawyer, who runs a property investment bank in Melbourne, he was described by the Australian Financial Review’s Joe Aston as “a close confidante of former treasurer, Peter Costello”. As treasurer, Costello appointed Gersh to the Reserve Bank’s payment systems board.

Kirstin Ferguson appears to be the only recent appointment assessed as “very suitable” by the panel, but she withdrew her nomination and was later appointed directly by the minister.

A professional director, who serves on two ASX listed companies in the development sector, Ferguson is also an adjunct professor of business and has written on women in business. But she too lacks experience in broadcasting or media.

The only directors with experience in the media are the staff-elected director, Jane Connors, who was a broadcaster at Radio National and later a manager at the ABC, and Peter Lewis, who was a chief financial officer at the Seven Network.

Lewis also conducted an efficiency review of the ABC by the Abbott government in 2014 and afterwards was appointed to the board.

Milne is a close business associate and friend of the former prime minister Malcolm Turnbull and he had some relevant experience in telecommunications and digital businesses.

Milne had been an executive at internet provider, Ozemail during the 1990s. Turnbull, then an investment banker, was a major investor. In 2000, Turnbull’s $500,000 investment in Ozemail was sold for $57m when the company was taken over, catapulting Turnbull into serious wealth.

Milne went on to work at Telstra and later took board appointments but maintained his relationship with Turnbull. He was appointed to the board of NBN in November 2013 by the Coalition government.

Milne became chair of the ABC in March 2017. At the time he said in an interview his friendship with Turnbull would have “zero impact” on his role as chairman of the public broadcaster.

“He wants robust, well-managed institutions; he doesn’t want to be king of Australia,” Milne told the Sydney Morning Herald at the time. “I don’t think he will be ringing me up and saying ‘Get that person off Q&A’ or anything like that.”

From the US, Turnbull said that he has never asked Milne to demand a journalist to be sacked and has only ever raised factual matters with the board.

But emails show that Milne at least perceived the Coalition would be relieved if the ABC got rid of Alberici.