IN MAY 2018 Malcolm Turnbull claimed that the Government would, this year, reduce the non-humanitarian permanent migration intake to “somewhere between 170,000 and 180,000”.

that while modest cuts to the permanent migrant intake have been made, these have been swamped by a “mysteriously” large rise in bridging visas:

CURRENTLY THERE ARE MORE THAN 2.2 MILLION PEOPLE IN AUSTRALIA ON TEMPORARY VISAS!

TO BE FOLLOWED BY OUTSOURCING VISA PROCESSING!  WT *

Another story here is about ‘board stacking’ with another ex-MP also with the surname Briggs.

“The plans to outsource the visa processing system and the revelation of the bidders involved have prompted concerns, partly because this has not gone through a formal tender process.”

Labor may use Senate estimates to further question the government’s planned outsourcing of a $1bn visa processing system, amid calls for ministers linked to one of the bidding groups to recuse themselves from the decision-making process.

A member of one of two consortiums reportedly being explored as a potential bidder is Pacific Blue Capital, run by Scott Briggs.

It holds 19% of the Australia Visa Processing consortium, which also includes Qantas Ventures, PwC and Ellerston Capital. The other group in the running comprises Accenture and Australia Post. 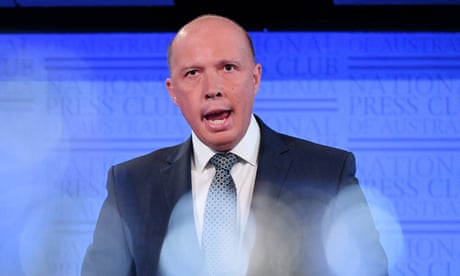 Briggs is a friend and former employee of Malcolm Turnbull, president of Scott Morrison’s electorate conference, board member of the Cronulla Sharks – of which Morrison is the number one ticket holder – and a former colleague of the immigration minister, David Coleman.

Briggs is also said to have advised Morrison during the recent leadership spill.

There is no suggestion of political interference in the bids to run the visa processing system. Labor has called for government members with connections to any bidders to ensure they are not part of the process.

“If the prime minister or immigration minister have close personal connections with one of the bidders involved in this government’s attempt to privatise visa processing, they must recuse themselves from the process,” said Labor immigration spokesman Shayne Neumann.

A spokesman for Coleman said the minister “has not been involved in the proposed visa processing platform and will have no involvement in this matter in the future”.

The Australian reported on Wednesday that Morrison was expected to recuse himself from any decisions on the matter, should it go to the cabinet. 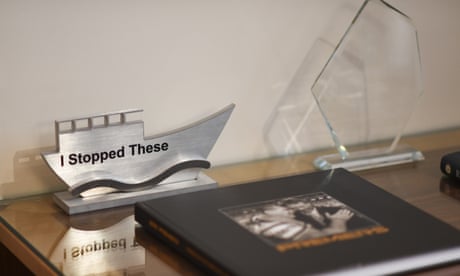 Guardian Australia understands the final decision regarding a tender or contract would probably lie with the head of the Department of Home Affairs, Michael Pezzullo, but it is unlikely there would ordinarily be no consultation with government ministers, including the prime minister, treasurer and finance minister.

It is also understood the original plan always maintained that the visa security assessments and information relating to them would remain with the Department of Home Affairs, and not the company running the process.

The plans to outsource the visa processing system and the revelation of the bidders involved have prompted concerns, partly because this has not gone through a formal tender process.

The 2016-17 budget detailed funding for a “testing of the market”, Senate estimates heard this year.

“It’s a testing of the market to see what kinds of capabilities are in the marketplace to assist – not to take over, but to assist – the department with the digital processing of an increasingly significant visa load,” Pezzullo had said at the time.

The department is overdue in answering questions on notice from August Senate estimates hearings, including whether the final contract will go to tender or limited tender, what the planned deadline for the process is, and what impact it will have on public sector jobs.

A 2016 report by the National Audit Office, which assessed the department’s management of garrison support and welfare services in offshore detention centres, found concerns relating to potential or perceived conflicts of interest.

What’s the go with the au pairs? You can’t handle the truth!

First Dog on the Moon

It recommended “that the Department of Immigration and Border Protection take practical steps to ensure adherence to the requirements of the resource management framework when undertaking procurements, including … the need to recognise and manage actual, potential and perceived conflicts of interest; and the maintenance of clear and complete records of all tender bids, key actions, decisions, conflict of interest and SES disclosure declarations”.

“The Liberals can’t use this as cover to cut costs and slash jobs,” he said. “The Liberals must fully explain any impacts on privacy and security these changes may have before making such a significant change.”

The Community and Public Sector Union has previously warned that a privatised visa system could cost up to 3,000 jobs and jeopardise the security of people’s information.

The office of the minister for home affairs has been contacted for comment.