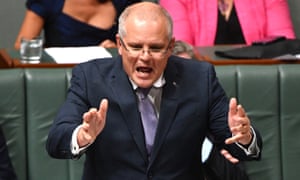 What has religious freedom got to do with the tasks governments were elected to ensure being the provision of services?

THE LNP has sacked its biggest donor …. it’s going to be hard to tap business for funds.  How deep are the Pentecostal pockets?

With the ascendancy of a Pentecostal Christian leader, the Liberal Party slides further to the religious right. But can it find salvation without the coffers of Malcolm Turnbull? By Mike Seccombe.

Mal Washer is no longer a federal Liberal MP, which is probably just as well for him, because it’s really not his party anymore.

Washer is a man of science, not faith, a medical doctor and an atheist. For 15 years, from 1998 to 2013, he represented not only the Western Australian seat of Moore, but also a dwindling strand of science-based progressive liberalism.

During his time in Canberra, Washer had a number of notable run-ins with the party’s powerful religious right wing. He took on Tony Abbott when Abbott sought to ban the abortion drug RU486. He fought the party’s right over its opposition to stem cell research.

Though Washer was ultimately on the winning side of medical history on those issues, it hasn’t softened his disdain for those who opposed him.

“I fought this type of religious ideology right through,” he says. “… And I saw this tribal behaviour, where they’d bring their religious ideologies and come and talk a bunch of crap that didn’t stack up scientifically or logically. It was ritualistic thinking.”

Climate change was another one. Washer was on the relevant parliamentary committees on climate and the environment, and, during Malcolm Turnbull’s first stint as Liberal leader, chaired the Coalition’s backbench environment committee.

“I resigned after Turnbull lost the leadership the first time. These faith-based people don’t believe the science,” he says. “Yeah. I’ve got some bitterness.”

These days Washer’s old environment committee is run by Craig Kelly, a Christian conservative, climate sceptic and coal advocate with no scientific background. The seat Washer used to represent, Moore, is now held by Ian Goodenough, a pillar of Globalheart, a Pentecostal church that has deeply infiltrated the Liberal Party in the west.

Washer says there is now a certain irony to the old Liberal cliché that the party is a “broad church”. In fact, he says, it is a narrowing church.

He says the Liberal Party he believed in was a party of free enterprise and sound economics.

“But when people go to vote – and I think I know people, having been a doctor and a member of parliament for 15 years – they don’t vote just on economic issues. These days the people, most of them secular, are voting for a more liberated view on social issues as well.”

Yet his party, increasingly influenced by the religious right, is becoming more distant from those views – “on climate, on women’s rights, on freedom of choice on abortion, on new ideas about sexuality, about a whole range of things … Basically they are out of date and out of step with community views. They are bloody damaging, to be realistic.”

It’s not that there are so many of them, he says, but they are “tribal” – organised, ideologically committed and not averse to bullying. And as the party base narrows, those of more moderate views “tend to walk away from the show”.

Washer’s assessment is simple: “They defeat us, and we deserve it for our apathy.”

He is not alone in his views, although few will say so publicly. But, really, they don’t need to. The evidence is everywhere. It is there in recent stories from this paper and others about the Christian right and the Mormon push into the Victorian party, the dominance of the Abetz faction in Tasmania, the threats against the preselections of any members in Queensland who vote with their consciences in favour of abortion law reform.

The influence of the religious right was clear in the debate over same-sex marriage, where, supported by the Australian Christian Lobby, it worked so diligently to block change.

Many of the same religious conservatives were prominent again in the recent leadership turmoil within the Liberal Party, pushing and in some cases allegedly bullying their colleagues to dump Malcolm Turnbull.

Lucy Gichuhi – herself a devout Pentecostal Christian – testified to it.

On Monday last week, before Scott Morrison succeeded in persuading her against naming in parliament those alleged bullies, Gichuhi confirmed on Radio National that she been pressed “as a good Christian woman” to vote for Peter Dutton.

“That line is used a lot in the party, on the conservative side of things, and that is a culture,” she said, adding that such intimidation and harassment were anathema to her beliefs.

That goes to the heart of the issue with religious influence in conservative politics: it is not religion, per se, that is the problem, but the way it manifests itself as a reactionary force.

Marion Maddox, a professor at Macquarie University and perhaps Australia’s foremost expert on the intersection of politics and religion, says this has not always been the case.

In the early days of John Howard’s prime ministership, “the mainline or major churches were a major force of criticism of conservative social policy on refugees, the environment, Indigenous rights, social welfare and women’s rights in the workplace,” she told a forum convened by Sydney Criminal Lawyers earlier this year.

Howard, though, “really set out to cultivate conservative churches as an alternative constituency”.

“Within any religious tradition,” said Maddox, “there are people who hold a whole range of political and theological views.”

But conservative politicians had not only allied themselves to the religious right, they also drummed up a bogus concern about a “threat” to religious freedom.

Maddox worried in particular about current Coalition moves to legislate accordingly, suggesting that “the freedoms that are going to be given the force of law are those at the most conservative end”.

She suggested it would amount to entrenching their right to discriminate against those who held other views.

It’s a good question, and all the more pressing now Australia has its first Pentecostal prime minister. Arguably no leader – not John Howard or even Tony Abbott – has pitched himself so blatantly to the religious right as Scott Morrison.

For his first major speech last week, in the birthplace of his party, Albury, Morrison offered little in the way of policy, and certainly no reason for the dumping of his popular predecessor. Instead he talked about faith, religion, ritual. The need to protect religious freedom – from unspecified threat – has been the most consistent feature of his many media appearances since.

Take this example, from his discussion with Alan Jones this week about Philip Ruddock’s inquiry into religious freedom: “I’m going to protect it. I’ve got the report back from Philip Ruddock and I’m working through that now as we speak. I’ll be making some announcements about that over the next few months…

We’ll see what comes of the Ruddock report, on which the government has been sitting for months. We know nothing of its recommendations, only that it prompted some 15,000 submissions.

The new government is running it hard. Morrison’s attorney-general, Christian Porter, also seized on the slim evidence of religious discrimination to argue the need for legislative protections.

A report in Guardian Australia this week shows videos of Pentecostal pastors responding to Morrison’s victory, variously asserting that it was divinely inspired, claiming to have received messages from God predicting it, exhorting the flocks to fast, pray and vote for him, and predicting “darkness” and the persecution of Christians if he lost.

Father Rod Bower, an Anglican priest and archdeacon for justice ministries and chaplaincy in the diocese of Newcastle, points out that Pentecostalism is a broad stream. But having watched Morrison and those videos posted by his Pentecostal supporters, he is concerned.

“Of course, the PM is free to express his faith in any way he chooses, and that’s a right I would uphold strenuously,” Bower told The Saturday Paper. “But the issue is whether we, the Australian people, want a prime minister whose world view is framed by a narrow faith?

“We’ve seen in recent days with his statements about transgender people and gay conversion therapy – the fact that he didn’t come out clearly and strenuously against that kind of behaviour is cause for concern.

Clearly, too, that particular pastor in the video, that this idea of almost a divine right that God had called this man to be our prime minister … when this particular person has behaved in a manner utterly contrary to the Judaeo-Christian narrative on asylum seekers and refugees, in particular, is quite disturbing.”

Bower worries that “the prosperity gospel is certainly part of the Pentecostal stream of theology, which is essentially the religious version of trickle-down economics”.

Ironically, the rise of Morrison has not helped the prosperity of the Liberal Party. As former leader John Hewson notes, Malcolm Turnbull was the biggest single donor before the 2016 election, putting in $1.75 million of his own money.

And the former deputy leader, Julie Bishop, was one of the party’s most successful fundraisers.

“And they’ve just canned the top end of town in terms of tax cuts,” says Hewson. “They’ve threatened a royal commission into the power companies. They’ve dumped the NEG [national energy guarantee]. From a business perspective, there hasn’t been anything positive in what Morrison has said. I reckon it’s going to be hard to tap business for funds.”

Michael Yabsley, a former Liberal Party treasurer both federally and in New South Wales, agrees. “They are running on empty,” he says. “There’s no secret about that.”

And so we are left with the question: how deep are the Pentecostal pockets?

It’s an important question at this point, because you can’t win elections on faith alone.

This article was first published in the print edition of The Saturday Paper on Sep 15, 2018 as “The party faithful”. Subscribe here.