DESPITE the Spin circulating that there has been a drop in overseas buyers of Australian real estate development rezoning, and applications continue …
there appears to be no let-up!
RE Agents are now on the ground across Asia to boost sales …
WHERE will the alleged jobs be?  With AI, robotics?
EARLIER this report was released: Sydney’s Development Boom Unlocks Major Opportunities in the South-West (Liverpool)

The Growing Liverpool 2023 Plan … the consultation has concluded … hm …

TOO BAD for the environment and the health of the Georges River that former LNP Mayor Ned Mannoun targeted one of the few undeveloped waterside areas of Sydney for yet more!

ENGAGE! Email your local MPs of your objections to overdevelopment, the sell-off overseas, no legislation to prevent money laundering in the Real Estate Sector.

DEMAND a stop to overdevelopment …Australia does not have the water to accommodate high migration and “new residents”!

Liverpool is embracing its designation as Sydney’s third CBD, rezoning 25 hectares in the city centre to promote density and growth in south-west Sydney.

The mixed-use rezoning will allow for the construction of residential towers and multi-use buildings that could include cafes, bars, childcare and retail.

Liverpool Mayor Wendy Waller said the amendment to the Local Environment Plan was the “most significant leap forward for Liverpool since the city was first designed and the Hoddle Grid was laid down in 1827”.

“Our city has great bones. We are built on the same plan as Melbourne’s city centre and now we are going to add to that the very best in contemporary urban design.” 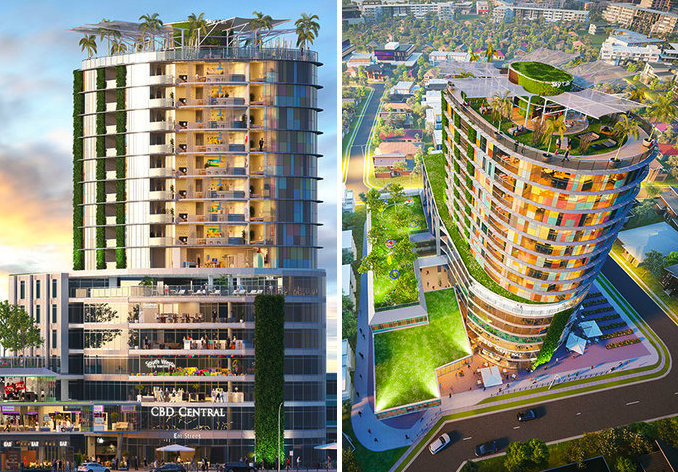 Council released artist impressions of multi-storey glass block towers with a smattering of landscape as an example of the brand of development it will welcome.Image: Liverpool City Council
The mayor said that the amendments will ensure a mix of uses in multi-storey development and allow developers to better respond to market conditions.

“We want to create a vibrant city centre with an 18-hour economy,” Waller said.

“A similar approach to mixed zoning should be considered for city centres like North Sydney, St Leonards, Chatswood, and Parramatta,” Johnson said.

“American urbanist, Jane Jacobs, championed the need for mixed-use urban centres and the NSW government is now supporting a similar approach for Liverpool.”

“Most cities in the world are moving away from restrictive single use zoning towards a mixed-use approach that gives incentives to ensure a viable mixture of uses related to market needs.

“The Liverpool model is following this approach.” Liverpool will welcome 10,000 new homes and up to 22,000 jobs as a result of the rezoning.