WHILE abroad LNP ministers allege the so-called benefits from high immigration and Visa access … both of which have led to a loss in wages, insecure work, and the loss of housing affordability for Australians.

IS this government now set to repeat this in the regions?

Migration questions are getting louder

“One of the things we’re always seeking to do is to ensure we can encourage migrants to work in regional areas where there are more labour shortages and skills shortages than there are in the big cities,” says Malcolm Turnbull. Grant Wells

When abroad, Australian ministers like to boast of the success of Australia’s immigration policies in boosting economic growth while maintaining social cohesion.

At home and away, Malcolm Turnbull describes Australia as the most successful multicultural country in the world.

And in many countries, Australia’s skilled immigration program is certainly seen as a highly successful model to emulate.

The UK, struggling with the lack of social and economic integration of migrant communities concentrated in particular areas, is looking harder at the Australian approach post-Brexit.

But domestically, the tensions in that Australian success story are increasingly obvious.

Whether it’s the violence of Sudanese youth gangs in Melbourne or political calls for a radical decrease in the annual intake, questions about Australia’s immigration levels and approach are becoming much louder.

Political debate on this issue has always come in regular cycles in Australia – and is much broader than vitriolic arguments over asylum seekers and border security.

Nearly a decade ago, for example, new Labor Prime Minister Julia Gillard quickly distanced herself in rhetoric – if not in practice – from Kevin Rudd’s vision of a “big Australia”.

Population, she declared, needed to be “sustainable” in terms of services, infrastructure and the environment. Neither her prime ministership nor the rhetoric lasted long enough to make any real difference.

Yet in Australia, as in so many other Western countries, community angst about the level of immigration as well as the level of cultural integration, particularly in Muslim communities, has been steadily building over the last decade.

Tony Abbott has been trying to spearhead some of this anxiety even if his comments, as usual, become too entangled with his attacks on Malcolm Turnbull’s leadership to get much traction with colleagues.

But Liberal Senator Dean Smith’s call for an inquiry in Australia’s population growth is falling on fertile Coalition ground even as politicians try desperately to avoid being accused of racism.

The government’s latest idea of pushing more migrants to settle in regional Australia is an attempt to assuage growing anger in cities like Sydney and Melbourne that population growth is leading to a decline in the quality of life, evident in massive congestion and inadequate infrastructure.

In yet another visit to the Queensland electorate of Longman, the Prime Minister declared on the weekend the government was always seeking to improve Australia’s immigration policy.

“One of the things we’re always seeking to do is to ensure we can encourage migrants to work in regional areas where there are more labour shortages and skills shortages than there are in the big cities,” he said.

Just how to entice immigrants to move to – and then to stay in – regional centres has always been far more elusive in policy terms.

It’s not as if such a policy can be enforced by internal borders. Most people, immigrant and Australian born alike, inevitably head to Australia’s already biggest cities.

In a speech to the Australia UK Leadership Forum in London last week, Citizenship Minister Alan Tudge pointed out Australia has a very high percentage of people born overseas – 28 per cent – with another 21 per cent having a parent born overseas. That adds up to just under half the population.

But the extreme urban concentration of Australia’s population, including its immigrant population, means this percentage is much, much higher in the cities, particularly Sydney and Melbourne, and particularly in certain suburbs of those cities.

That compares with 13 per cent of first-generation immigrants in the UK – where the government keeps promising, without success, to lower immigration levels to 100,000 a year due to community concerns.

The US figures for the percentage of the population born overseas are similar to those of the UK while Trump’s call to “build the wall” against illegal immigration remains one of the biggest drivers of his electoral appeal.

Australia is not immune to these forces. Tudge proudly noted the unemployment rate for Australian migrants is the same as for other Australians – unlike the UK where there’s a gap of 6 per cent.

This conveniently ignores the reality that Australia’s average figures are skewed by the high number of Chinese and Indian immigrants whose participation rates are extremely high.

And the minister, too, voiced gentle concern about “pockets” where there are problems, saying Australia is shifting a little too much towards “separatist” multiculturalism rather than the assimilationist model.

But any suggestion the government should toughen its approach to legal immigration is even more complicated.

Business leaders argue the government’s curbs on 457 visas for temporary skilled immigrants have already created problems in attracting “talent” vital to building the business opportunities and industries of the future.

The university sector, which bases its whole business model on a continuing flood of high fee paying international (mostly Chinese) students, is equally aghast at the notion this will become harder to maintain.

States like South Australia and regional centres facing population declines want more rather than fewer immigrants even if they are not attracting their share of national figures.

So for all the renewed political focus on immigration and population, there’s little sign yet of this changing much as yet.

But net overseas migration, including permanent and longer-term temporary migrants as well as departures, is still about 240,000 a year.

The state Liberal MP for Wagga Wagga, Daryl Maguire, was trying to organise a “quick” sale for a “mega big” client, according to a secret recording played at a corruption inquiry on Friday.

Mr Maguire has been drawn into the Independent Commission Against Corruption’s inquiry into the former Canterbury Council through his links to former councillor Michael Hawatt.

Veteran NSW government MP Daryl Maguire admitted he sought a dividend from the sale of a multimillion dollar Sydney property from Chinese developers.

Mr Maguire called Mr Hawatt on May 9, 2016, soon after both had returned from trips to China. The call was recorded by ICAC investigators.

“Joe and I have a couple of deals before a big developer,” Mr Maguire told Mr Hawatt. “A couple of ones we want to kick on.”

Mr Maguire, the parliamentary secretary for the Centenary of Anzac, counter-terrorism, corrections and veterans, asked for anything that was DA, or development application, approved.

“What I want … I just don’t want to f— around,” he told Mr Hawatt. “Have you got plans? Have you got the whole thing already done?

“My client is mega big, OK.

“If he’s interested my client is mega big and has got mega money and wants two or three DA approved projects right now. Today.”

The conversation then turned to the commission that Mr Hawatt, who is under investigation for dishonestly exercising his functions as a councillor, might receive.

“If he’s going to give you 1.5 per cent that’s not enough,” Mr Maguire told Mr Hawatt.

“1.5 per cent isn’t enough divided by two if you know what I’m talking about.”

He went on the say that 3 per cent commission was better.

After the recording was played, Mr Maguire was asked if he could explain what he was talking about in saying that 1.5 per cent divided by two was not good enough.

“Who was the interested person?” Mr Maguire was asked by counsel assisting the commission, David Buchanan, SC.

“Well I suspect it was me,” Mr Maguire said.

Mr Maguire had earlier told the commission he had known Mr Hawatt since about 2008, when Mr Hawatt ran as the Liberal candidate for Lakemba.

“The approach wasn’t for me to do business, it was for others,” Mr Maguire told Mr Buchanan. Mr Maguire said that at the “back of his mind” was the idea that, if Country Garden could establish itself in Australia, it might look to develop in Wagga Wagga.

The ICAC heard on Thursday that Sydney developer Charbel Demian went on to meet Mr Maguire on multiple occasions. On one occasion, ICAC investigators photographed them with Mr Hawatt.

On Thursday, Mr Demian told the ICAC he had met Mr Maguire through Mr Hawatt’s introduction. Mr Demian provided Mr Maguire a list of his potential development sites, including properties at Parramatta, Canterbury and Camellia.

How many more NSW MPs are involved? 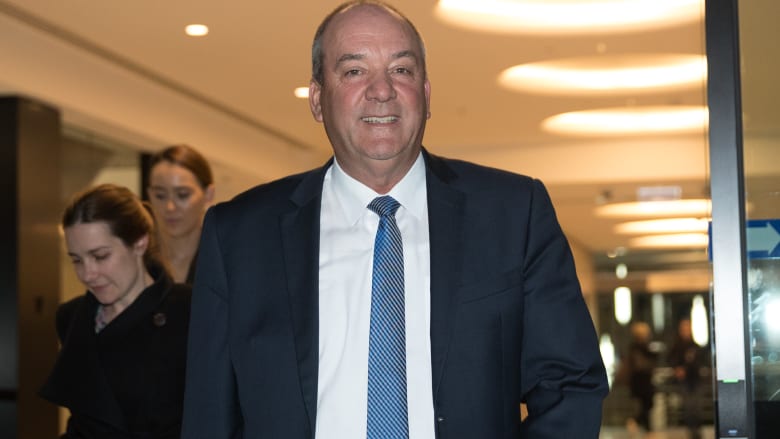 The state Liberal MP for Wagga Wagga, Daryl Maguire, held multiple meetings with a Sydney property developer while facilitating the interests of potential Chinese investors, the developer told a corruption hearing on Thursday.

Contact between the developer, Charbel Demian, who is also known as Charlie, and Mr Maguire was organised by former Canterbury Liberal councillor Michael Hawatt, who is being investigated for dishonestly or partially exercising his public functions.

“Just got a call from an MP friend of mine who is well connected in China,” Mr Hawatt texted Mr Demian in May 2016, according to evidence presented to the Independent Commission Against Corruption on Thursday.

The text continued: “He has a mega rich company who are seriously looking to buy 30 DA sites…. I told him about your sites including Canterbury Road. I said 160 plus per site. He is keen to talk about this and any other site you want to sell. They are keen, ready and cashed up.”

Mr Demian, who told ICAC the MP referred to was Mr Maguire, went on to have multiple meetings and contacts with Mr Hawatt and Mr Maguire.

A photograph of one of the meetings at a CBD café was tendered at the ICAC on Thursday. The meeting was attended by Mr Hawatt, Mr Maguire, Mr Demian, as well as an unnamed representative of Country Garden, a Chinese-owned development company.

Mr Demian said that he had been led to believe that “there are a number of entities in China that have business conferences with the state government agencies or MPs and obviously they get introduced to other Australian businesses for business transactions”.

Mr Demian provided a list of potential development sites to Mr Hawatt, who in turn passed them on to Mr Maguire. The list included thousands of potential dwellings in places such as Canterbury Road, but also at Parramatta, Camellia and Waitara.

The focus of the inquiry is on whether Mr Hawatt, as well as former Labor councillor Pierre Azzi, former general manager Jim Montague, and former director of planning Spiro Stavis, dishonestly exercised their functions at the former Canterbury Council.

Companies controlled by Mr Demian benefitted from planning decisions undertaken by Mr Stavis. The inquiry has heard evidence this week of the close relationship between Mr Demian, and the former councillors and council staff.

However Mr Demian would not expand on why Mr Hawatt spent time and energy on attempting to introduce him to potential buyers of his sites – either through contact with Mr Maguire, or others.

The developer said he never had an agency or other agreement with Mr Hawatt. He also rejected the suggestion of counsel assisting the commission, David Buchanan SC, that his relationship with Mr Hawatt was so close that Mr Hawatt had an interest in Mr Demian making money.

“I say that is false and fabricated,” Mr Demian said.

Mr Demian rejected the suggestion of Arthur Moses SC, for the amalgamated City of Canterbury Bankstown, that he was stringing Mr Hawatt along because he had outstanding development applications before the council.

The developer said he did not ever have discussions about paying commissions to either Mr Maguire or Mr Hawatt. “Absolutely not,” he said.

Mr Maguire is due to give evidence before ICAC Commissioner Patricia McDonald SC on Friday.