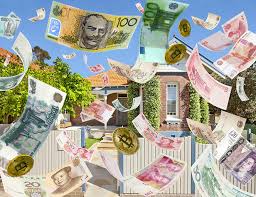 ALL that is needed is for the TURNBULL GOVERNMENT to immediately enforce the second tranche of the Anti-Money Laundering Legislation for the REAL ESTATE SECTOR … shelved now for more than a decade!!

ABSOLUTELY NO NEED for consultation for more than 12 months!  More smoke and mirrors …

The government is obviously using delay tactics of “Consultation” for the introduction of the Multinational Anti-Avoidance Law (MAAL), The Diverted Profits Tax, and Country-by-Country reporting.

THIS is how it’s done …  “Another person au fait with Chinese property transactions in Australia told Fairfax Media it was simple for Chinese investors to get around the foreign capital restrictions.

“The money never really moves. In a simple example, Kunlun is a forex trading and money exchange company. It has bank accounts in many countries with significant cash balances. So if someone wants $40 million in Australia they put the money in a Kunlun China account and Kunlun transfers the money from their Australian accounts to the person’s friend’s Australian account.”

“There are news in Asia world a few days ago you can still enter into money exchange store for remitting up to 10,000 RNB to Hong Kong without checking your ID, and you can do it multiple times, so on and so forth, and this is actually legitimate channels for, you know, remitting money that way.”

BLACK MONEY will be laundered in Australian Real Estate??

Government commences consultation to clamp down on large cash payments

The Turnbull Government is committed to tackling the black economy and has today issued a consultation paper inviting comment on its Budget announcement to introduce an economy-wide cash payment limit of $10,000.

The Minister for Revenue and Financial Services, the Hon Kelly O’Dwyer MP said the cash payment limit is one of many measures announced in the Federal Budget to ensure that Australians receive a fair go and that illegal black economy behaviour is stopped in its tracks.

These measures build on the Turnbull Government’s strong action to combat multinational tax avoidance, including through the introduction of the Multinational Anti-Avoidance Law (MAAL), the Diverted Profits Tax, and Country-by-Country reporting.

The Multinational Anti-Avoidance Law alone has seen additional sales of $7 billion each and every year returned to Australia and hundreds of millions of dollars of additional GST revenue being paid. It has also seen social media giant Facebook, as well as more than 40 other multinational entities restructure their arrangements to comply with the MAAL.

It is proposed that the cash payment limit will apply to payments made to businesses for goods and services from 1 July 2019 and that transactions in excess of $10,000 will need to be made using electronic payments systems or by cheque.

“The economy-wide cash payment limit will help stamp out opportunities for criminals to launder the proceeds of crime into goods and services and will make it harder for businesses to hide transactions to reduce their tax liabilities,” Minister O’Dwyer said.

“We also know that businesses that insist on cash payment may be doing so to avoid their tax, retain welfare payments, or avoid child support and other obligations, and may therefore receive an unfair competitive advantage over those businesses that do the right thing.”

Minister O’Dwyer said the consultation is about striking the right balance between cracking down on black economy participants and ensuring that businesses doing the right thing are not unduly burdened by increased red tape.

The Government welcomes stakeholder views on the design and implementation of this measure. The consultation paper is available on the Treasury website and submissions close 24 June 2018.

The consultation builds on recommendations made by the Black Economy Taskforce in their final report to Government. The Final Report and the Government’s response are available on the Treasury website.