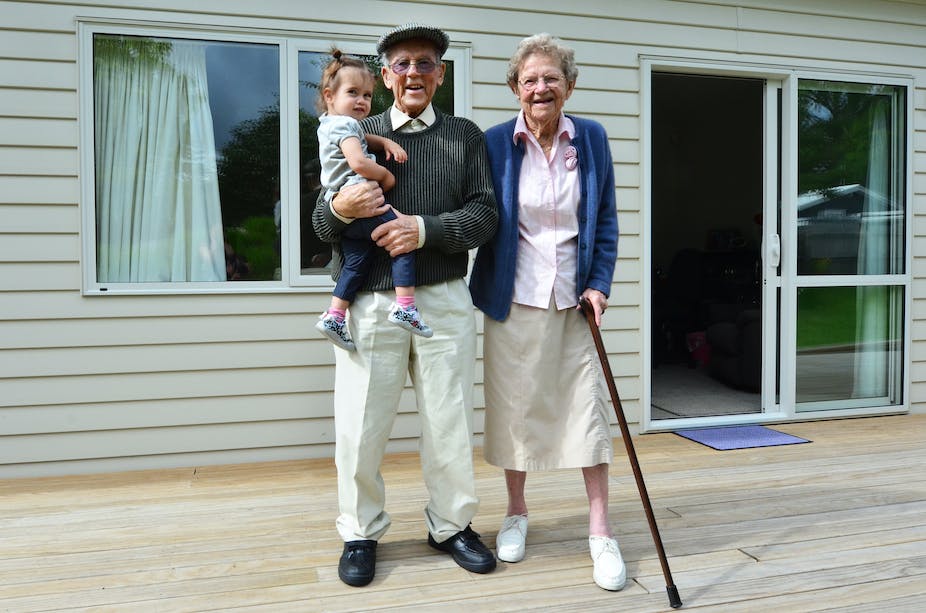 DOWNSIZING AND WHY AUSTRALIANS DON’T DO IT, AND THE LIMITS TO WHAT THE
GOVERNMENT CAN DO!

THIS opinion piece reflects the sort of LNP philosophy that leaves a bad taste in one’s mouth!

Recommending taxing elderly people to force them out of their homes that they worked 40 or more years to pay for!

Targeting them as “Asset Rich” is this in an attempt to create resentment from Millennials locked out of home ownership through sinister LNP Government policies?

For example “budget sticks” rather than carrots!

“The Federal Government should include the value of the family home above some threshold — such as $500,000 — in the age pension assets test” … the price of a one bedroom unit in Sydney …

“Asset-rich, income-poor retirees could continue to receive a full pension by borrowing against the value of the home until the house is sold.”

-downsizers risk losing some or all of their age pension; though the family home is exempt from the pension assets test any home equity unlocked by downsizing is not

-downsizers have to stump up the stamp duty on any new home they buy; at May 2017 equates to $32,000 for the median-priced home in Sydney

-earnings from the cash released are taxed, whereas capital gains on the home are not

Downsizing: Why Australians don’t do it, and the limits to what the Government can do!

A house for sale seen in Canberra

PHOTO Decisions about downsizing are often driven by emotional, not financial, considerations.

Encouraging senior Australians to downsize their homes is one of the more popular ideas to make housing more affordable.

The trouble is, incentives for downsizing would hit the budget, but make little difference to housing affordability.

It sounds good: new incentives would encourage seniors to move to housing that better suits their needs, while freeing up equity for their retirement and larger homes for younger families.

But the reality is different.

Research shows most seniors are emotionally attached to their home and neighbourhood and don’t want to downsize.

When people do downsize, financial incentives are generally not the big things on their minds.

And so most of the budget’s financial incentives will go to those who were going to downsize anyway.

Downsizers risk losing some or all of their age pension, because the family home is exempt from the pension assets test, but any home equity unlocked by downsizing is not.

Downsizers also have to stump up the stamp duty on any new home they buy.

For a senior purchasing the median-priced home in Sydney, that’s now $32,000.

Gerry and Rosemary Franklin made the tough decision to move into retirement accommodation after living in their family home for almost half a century.
Finally, earnings from the cash released are taxed, whereas capital gains on the home are not.

The Turnbull Government has flagged the possibility of financial incentives in next week’s federal budget for superannuants and pensioners to downsize their home.

One proposal would exempt downsizers from the $1.6 million cap on super balances eligible for tax-free earnings in retirement, or from the $100,000 annual cap on post-tax contributions.

But this would benefit only the very wealthiest retirees — just 60,000 retirees have super fund balances exceeding $1.6 million.

More seniors would benefit from a proposal to exempt them from stamp duty when purchasing a smaller home.

And many would benefit from a Property Council proposal to quarantine some portion of the proceeds from the pension assets test for up to a decade.

The trouble with all these proposals is that they would hit the budget — because everyone who downsized would get the benefits — but they would not encourage many more seniors to downsize.

Staying — or downsizing — seldom about the money
Research shows that for two-thirds of older Australians, the desire to “age in place” is the most important reason for not selling the family home.

Often they stay put because they can’t find suitable housing in the same local area.

In established suburbs where many seniors live, there are relatively few smaller dwellings because planning laws restrict subdivision.

And even if the new house is next door, there’s an emotional cost to leaving a long-standing home, and to packing and moving.

And so, few older Australians downsize their home.

According to the Productivity Commission, about 20 per cent of people aged 60 or over have sold their home and purchased a less expensive one since turning 50.

Another 15 per cent have “strong intentions” to do so in the future.

When older Australians do downsize, their decision is dominated by non-financial considerations, such as a preference for a different style of house and living, a concern that it is getting too hard to maintain the house and garden, or the loss of a partner.

These emotional factors typically dwarf financial considerations. According to surveys, no more than 15 per cent of downsizers are motivated by financial gain.

Stamp duty costs were a barrier for only about 5 per cent of those thinking of downsizing.

Only 1 per cent of seniors listed the impact on their pension as their main reason for not downsizing.

Even if they have little effect on downsizing rates, at least they would contribute to much-needed budget repair and economic growth.

The Federal Government should include the value of the family home above some threshold — such as $500,000 — in the age pension assets test.

This would encourage a few more seniors to downsize.

More importantly, it would make pension arrangements fairer, and contribute up to $7 billion a year to the budget.

Asset-rich, income-poor retirees could continue to receive a full pension by borrowing against the value of the home until the house is sold.

The Federal Government would then recover the cost from the proceeds of the sale.

If well designed, this scheme would have almost no effect on retirees — instead it would primarily reduce inheritances.

State governments should abolish stamp duties on property, and replace them with a general property tax, as the ACT Government is doing.

This would encourage downsizing, although only at the margins.

But the real policy justification is that it would help working age households to take a better job that’s only accessible by moving house, and so improve economic growth.

It’s a big prize: a national shift from stamp duties to broad-based property taxes could add up to $9 billion a year to the economy.

In short, the downsizing debate is a prime example of how governments prefer politically easy options with cosmetic appeal, but little real effect, on housing affordability.

If they’re serious about making it easier for young Australians to buy a home, they will have to make tougher policy choices.

Brendan Coates is a fellow at the Grattan Institute.

John Daley is CEO of the Grattan Institute.

Originally published in The Conversation: